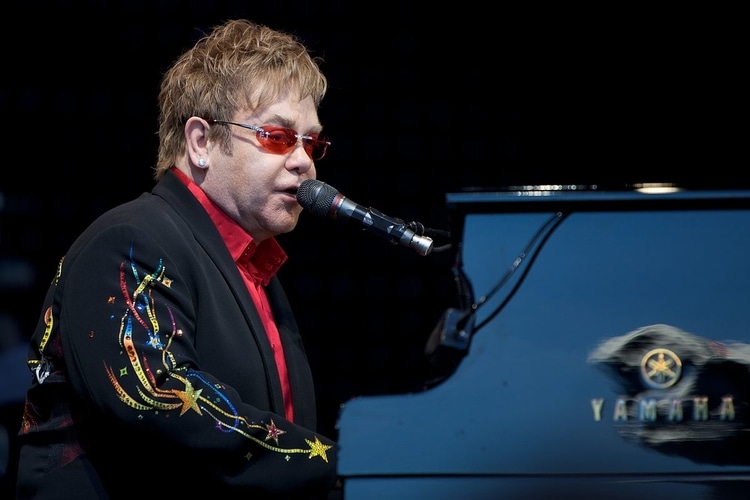 Image Credit: wikimedia.org
Born as Reginald Kenneth Dwight, Sir Elton Hercules John CH CBE or simply Elton John is an English-born singer, songwriter, composer, and pianist. He has been in the music industry since 1962 and he has more than 300 million records sold. He is unquestionably one of the best-selling music artists of all time. His albums and singles have topped both the UK and US charts. He has also received several awards, including five Grammy Awards, five Brit Awards, and two Golden Globes.
In 1992, Elton John was inducted into the Songwriters Hall of Fame. Later on, he was inducted into the Rock and Roll Hall of Fame in 1994. He was also recognized by the British Academy of Songwriters, Composers and Authors, and was made a fellow of such. Even Queen Elizabeth acknowledged his contributions to music and so knighted him in 1998 for his “services to music and charitable services.”
Aside from music, Elton John has also become an icon because of his fashion style. Even in the early years of his career, he was seen in bright, colorful, and sometimes, flamboyant outfits. Nowadays, Elton’s fashion has become more eccentric while keeping his iconic colored sunglasses, large jewelry pieces, and elegant watches.

Chopard is a manufacturer of jewelry and Swiss luxury watches, and its products are a usual part of Elton John’s fashion. This is largely because of Elton John’s friendship with Chopard’s co-president and artistic director Caroline Scheufele. As such, Chopard has been partnering with Elton John in various events and watch collections. Chopard has also been supporting the Elton John AIDS Foundation.

As a result of the Chopard-Elton John partnership, the brand launched its Elton John collection for the benefit of the Elton John AIDS Foundation. As the name of the collection implies, the watches are designed by Caroline Scheufele and Elton John with the primary aim of reflecting Elton’s personality and love for watches.
All timepieces in the said collection are driven by self-winding chronograph movements with a 42-hour power reserve. They also have a 30-minute counter, and a 12 counter. The watches also have a date function located between 4 and 5 o’clock. You may also choose between black, brown, or pink for the alligator leather strap. More so, the case backs of the watches are engraved with Elton John’s signature.
Some models are more extravagant than others, featuring an 18k rose gold case and are set with diamonds. Other models are also adorned with precious gems such as sapphires, rubies, and emeralds. Others come with different sets of diamonds – yellow, pink, and black.
Limited Edition Chopard Elton John watches are still available on eBay.

Elton John was also seen wearing a 35mm Franck Muller Cintrée Curvex set with diamonds. It also has a black crocodile-textured leather strap, a black dial, and Arabic numeral hour markers. This watch is powered by quartz technology. One particular feature of the Cintrée Curvex collection is the iconic Tonneau shape of its watch case. It is “perfectly curved” with “unique contours” making it easily stand out from most other timepieces.
Franck Muller is a Swiss watch manufacturer that was founded in Geneva, Switzerland. The company takes pride in producing the finest and most complicated timepieces with original designs. As such, other models from the Cintrée Curvex collection come with skeleton dial, chronograph, and perpetual calendar.
Obviously, Sir Elton’s customized diamond watch was much more expensive but you can find Franck Muller Cintrée Curvex on Amazon such as this one: 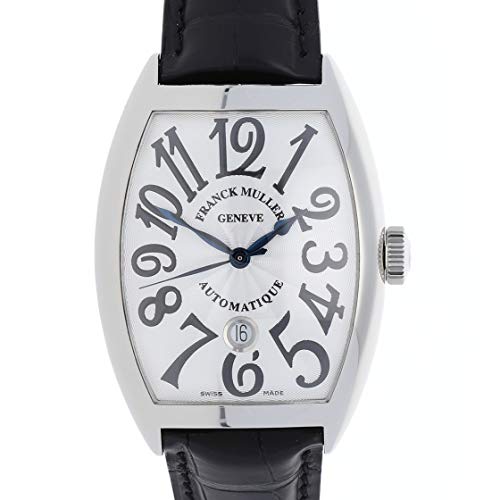 Apparently, not all watches of Elton John are sparkly and shining. He also has the iconic Rolex Day-Date also known as “The President”. Rolex The President has been a symbol of prestige and reliability as it has been seen on the wrists of leaders and visionaries like Dwight Eisenhower, Lyndon Johnson, and John Kennedy.
Elton John’s The President comes with an icy blue dial, and silver semi-circular three-piece links bracelet. Of course, it also has the day display fully spelled out at 12 o’clock, and the date window at 3 o’clock. Moreover, it is driven by a self-winding calibre 3255 mechanical movement developed and manufactured by Rolex.
Various versions of Rolex Day-Date 40 or The President is available on eBay.

Another Rolex seen on Elton’s wrist is the Yacht-Master Rainbow. Unlike The President that is sleek and classic, the Rolex Yacht-Master Rainbow is colorful and sparkling with its sapphire gem-set bezel and a fully-covered diamond dial. More so, the 40mm case is made of 18k Everose (or Rolex’s special rose gold alloy). Its movement is driven by an automatic calibre 3135. Lastly, it boasts of 100-meter water-resistance.
If you wish to have one, you may choose from different offers on eBay.
Apart from his own collection, Elton John has gifted his husband David Furnish a Rolex GMT-Master II valued at $80,000. Read more about it here on Bobswatches.com