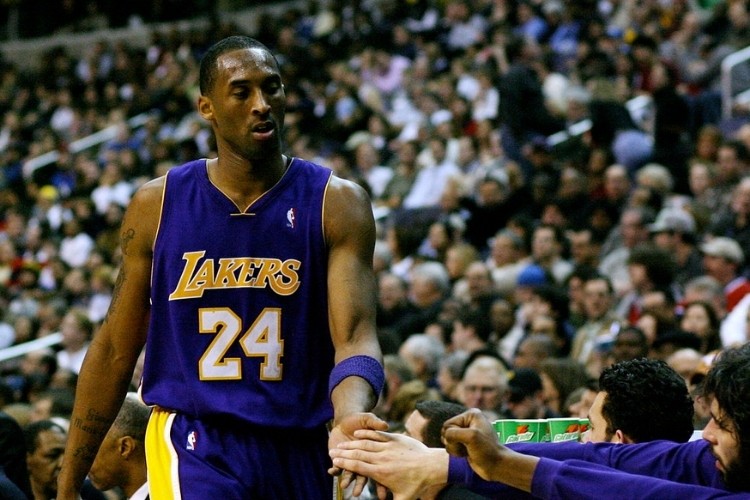 Image Credit: wikimedia.org
Kobe Bryant was a legend. His name is known by many, whether a basketball fan or not. To aspiring, amateur, and even to some professional basketball players, Kobe Bryant served as an inspiration – an idol. For his team, the Lakers, he was one of the team’s pride and joy. Throughout his career, he won five championship rings and several MVP awards. Even now he still holds an impressive number of NBA career achievement awards.
Also known as the Black Mamba, his popularity and influence even transcended beyond the court. He became a cover of various magazines, was featured in documentaries, became an ambassador of various brands and scored exclusive sponsorships.

Back in 2008, Kobe partnered and even invested in the Swiss watch brand Nubeo. Together, they created the Black Mamba Collection. Aside from having his on-court nickname, The Black Mamba collection also contains design cues and characteristics inspired by Kobe.  Compared to most other watch cases that are built using only five to 10 parts, the watches from the Nubeo Black Mamba Collection boasts of 131 components in their watch cases. Now that really is impressive. Moreover, they have the strength and resilience like that of Kobe Bryant. The watches have titanium screws all over their body and detailed turbine screws to keep the rubber strap secured. The material used is also a grade 5 titanium with a diamond-like carbon coating, making them superior in durability and resistant to scratches.
The Black Mamba Collection showcased three outstanding models: Black Mamba, Black Mamba Ultimate, and Black Mamba MVP. This would have been a big hit to basketball players, fans, and even to watch enthusiasts. In fact, Kobe Bryant, himself, was excited with its launch because of the details that Nubeo had incorporated. Unfortunately, Nubeo suffered terribly during the financial crisis that caused the severance of its partnership with Kobe Bryant. As a result, the Nubeo Black Mamba Collection has never reached the market.

Despite the unsuccessful partnership with Nubeo, Kobe Bryant continued to show his love for watches. As such, the unfortunate event led him to a successful one, his partnership with the world-famous Swiss watch brand Hublot.
It is common to watch brands to sponsor athletes and sports teams. However, it was Hublot who first partnered with tennis players, race car drivers, even polo players, and sailors. After these, the brand began engaging with soccer teams and players, and of course, basketball. Because of their evident support for athleticism, Hublot was able to score the world’s best players from various fields, including Kobe Bryant.
The following are the timepieces created by Hublot as inspired by the legendary basketball player.


Hublot first launched its Black Mamba watch back in 2013. It was named the King Power Black Mamba Chronograph Watch. This timepiece is equipped with a self-winding caliber HUB 4248 mechanical chronograph movement comprised of 28 jewels. It is encased in a 48mm oversized black ceramic case. It is also built with strength and durability – reflecting Kobe – as it is composed of titanium and resin that also makes the watch look stylish.
On the watch face, it is evident that it is a homage to the Lakers team because of its black, gold, and purple accents.  Then, as a tribute to Kobe, there’s also a snake applique on the face, the number ’24’ at 6 o’clock, and a python snake on the bracelet.


Next is the Hublot Big Bang Unico Retrograde Chronograph Kobe “Vino” Bryant. It was launched in 2015 and also takes Kobe’s other nickname.
The Big Bang Unico Retrograde Chronograph Vino comes with a striking Bordeaux red face and a 47mm 18k gold ceramic bezel. On the watch face, you would also see a basketball along with the subdials at 6 and 9 o’clock, a chronograph complication, and the retrograde hands that move from left to right.
It is driven by a Hublot Unico caliber HUB1261 automatic movement that is composed of 385 components. You can admire this mechanism through the sapphire crystal case back.

The last Hublot watch named after Kobe was the Hublot Classic Fusion Kobe Bryant, also known as the Hero Villain. Its name recognizes Kobe’s complicated personality and how he would face his own flaws and grow from them. It was a limited edition timepiece, with only 24 pieces released in time with Kobe’s retirement from the NBA.
Among the Hublot-Kobe timepieces, the Classic Fusion is the only model that comes with the moonphase. It also has a skeleton dial through which you can admire the movement. More so, the watch face has the black snake applique. From the case back, you may also see the movement because of its sapphire crystal case affixed with the KOB16 logo. Additionally, it is built with a ceramic black bezel accented with golden Hublot “H” screws.