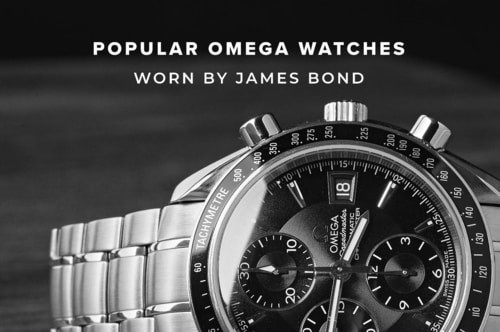 From a young age, I was captivated by James Bond and the exciting fictional life he led. My favorite Bond is definitely Sean Connery because he exuded testosterone. However, no one would disagree that Roger Moore brought a certain ‘je ne sais quoi’ to the role. Over the years the franchise grew exponentially and product placement became more dominant. Most people would associate 007 with glamourous locations, beautiful women, expensive cars, exquisite Saville row tailoring and of course luxury watches.

Subconsciously my passion for fine mechanical watchmaking probably began with Dr. No. Compared to later installments, this film is pretty low key when it comes to gadgets. However, I do vividly remember Sean Connery a stunning Submariner Reference 6538, which at the time looked oversized. As rumor would have it this amazing timepiece either came from the actor’s personal collection or was donated by the crew, producer Albert “Cubby” Broccoli or director Terence Young. In this case, the actual truth is academic because the watch has been immortalized on screen. Interestingly the model made appearances in From Russia with Love, Goldfinger, and Thunderball. For a similar range of preowned Rolex timepieces visit ‘Bob’s Watches.’

Over the years trends changed and different watches from brands including Seiko made an appearance in the films. However, for many people (including myself) the Submariner is synonymous with the franchise. Since 1995 Omega has been James Bond’s watch of choice and there have been some very attractive models. With the imminent release of “No Time To Die.” (February 2020) Here are four of my personal favorites, which are all from the Daniel Craig era.

The Seamaster Planet Ocean 600m GMT was first worn by Daniel Craig in Casino Royale back in 2006 (and later in Quantum of Solace). This film was a game-changer for the Bond franchise, which (in my opinion) had become too gimmicky. The Seamaster is a serious watch which looks absolutely fantastic. Of the two models, I prefer the 45.5 mm in diameter because it makes a really bold statement. Features like the unidirectional black ceramic rotating bezel and Helium escape valve make this watch suitable for professional diving. Impressively this timepiece is water-resistant to a depth of 600 meters (2,000 feet). Aesthetically the watch also has an elegant appearance and looks great with a dinner suit. 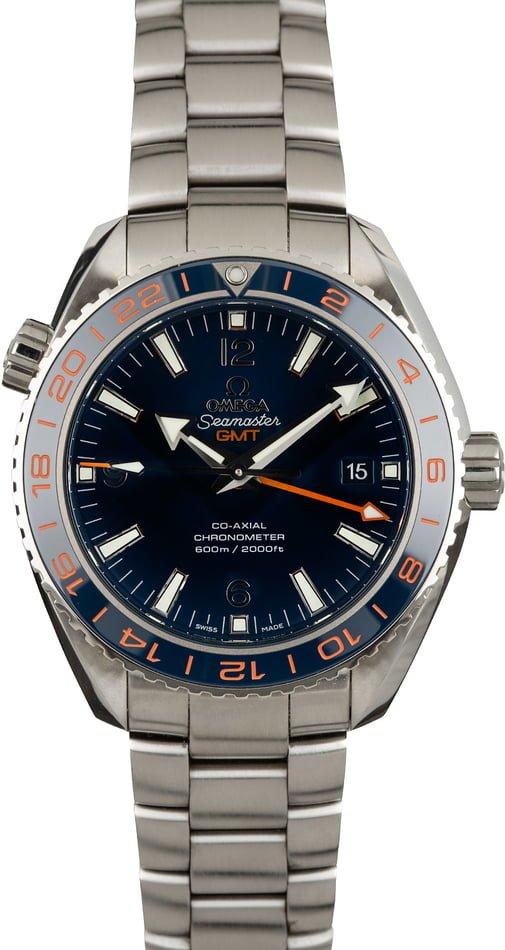 In Daniel Craig’s first outing as James Bond he really bulked up for the role and that’s why the Seamaster Planet Ocean 600m GMT was a perfect fit. However, by the time he made Skyfall he had slimmed down slightly and was cultivating a more refined appearance. That is why the Omega (as well as the Seamaster Planet Ocean 600m GMT) introduced the more dressy Seamaster Aqua Terra 150M. This timepiece has a much smaller case diameter of 38.5mm, which perfectly compliments Tom Ford’s finely tailored suits. I love features like the blue dial, which is decorated with a Teak Concept pattern, elegant brushed steel bracelet and date window (located at 3 0’clock). The overall design concept was to recreate the aesthetic of wooden decks of luxury sailboats. 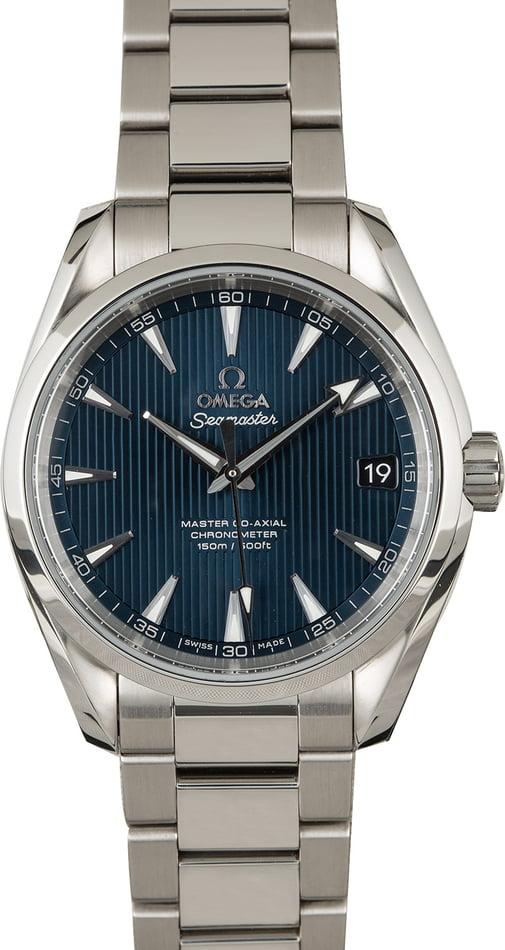 The Seamaster 300 Master Co-Axial 41mm was made as a special edition for ‘Spectre’ This was actually Daniel Craig’s fourth outing as 007 and the film pretty edgy. It is also the first time in Bond history that the watch worn in the film was released as a limited edition. Even though in reality I personally would class 7,007 pieces as a full production run. Dimensionally the watch is a similar size to the iconic Rolex Submariner and has a diameter of 41mm. Aesthetically the timepiece also has a retro appearance, which is a nod to the 1960’s Connery movies. Features like Liquidmetal™ black bi-directional bezel, black dial with contrasting orange markers and screw-down crown make this watch special. 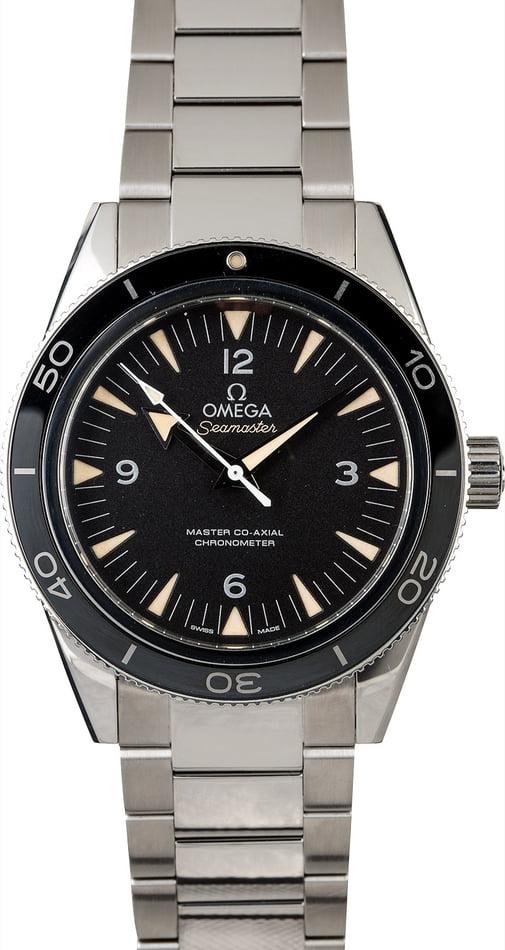 In February 2020 Daniel Craig returns to our screens (maybe for the last time) as 007 in the largely anticipated movie “No Time To Die.” It also commemorates the 25th Anniversary of Omega’s successful partnership with the James Bond franchise. Recently Omega unveiled a special 007 edition of the Seamaster Diver 300M, which will be available to coincide with the release of the film. This watch measures 42mm and has a lightweight case constructed from Grade 2 titanium. It also has a delightful brown retro dial and bezel, which should resonate with fans of the brand.