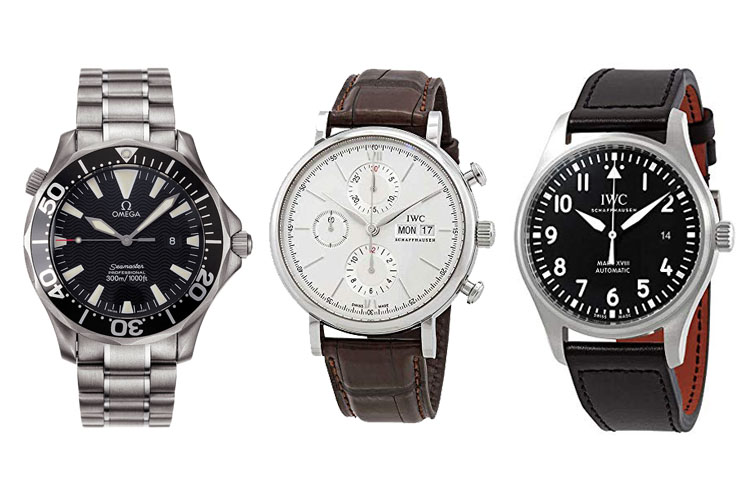 For this post, we will be talking about the impressive watches of a television show character, Ray Donovan. Ray Donovan is a crime drama series starred by Liev Schreiber who plays the role Ray Donovan. In the series, Donovan works for the Goldman & Drexler law firm. However, he is not a lawyer. Since the law firm where he works primarily represents rich and famous individuals and entities, he is a fixer or crime cleaner, making sure that their clients obtain the desired outcome. He “fixes” the situations through bribes, pay-offs, threats, and other such illegal activities.

Even though Donovan’s character is not really ideal and worth emulating, his fashion style is another matter. In every episode, Donovan is suave with his tailored suits, open-button shirts, spotless shoes, and of course, his luxurious watches. In fact, Donovan’s watch collection was intentionally focused on to implicitly show Donovan’s wealth and class. In various episodes, Donovan was also seen wearing stylish timepieces from different luxury brands.

If you are one of those watch aficionados who would frequently freeze the screen to identify Donovan’s watches, you’ll surely find this post helpful and informative. We’ve already listed here a few timepieces that form part of Ray Donovan’s impressive watch collection.

One timepiece that is often seen on Donovan’s wrist is the Omega Seamaster 300 Professional. In fact, it is Liev’s personal watch, which is probably why he’s comfortable wearing it.

The Omega Seamaster Professional is a dive watch that boasts a 300-meter water-resistance. It also has a unidirectional rotating bezel that’s particularly helpful for divers to track their elapsed time. More so, it is built with a helium escape valve that releases helium from the watch when it is being worn in pressure chambers.

It is powered by the Omega caliber 1538 quartz movement with a rhodium-plated finish. Its battery is expected to last for 42 months and it has an end-of-life battery indicator. It comes with large and luminous hour markers and hands making it easy to tell time even underwater.

Donovan’s timepiece is reference 2264.50.00 which is no longer available on the Omega website but you can find other variants of Omega Seamaster Professional here on Amazon.

Another timepiece that stood out because of Ray Donovan is the IWC Portugieser Chronograph ref. IW371482.   It was particularly notable especially for watch aficionados because it was in the scene wherein Donovan forgot about his son’s 14th birthday so he took the watch from his personal collection and gave it as a gift.

The IWC Portugieser Chronograph has a simple yet sleek look because of its clean dial and legible markers. There are six different versions of the Portugieser Chronograph 3714 but Donovan’s particular timepiece comes with a black/rhodium dial. It is equipped with a calibre 79350 movement with 31 jewels. It also has a black alligator-textured leather strap with OEM clasp.

In Season 6 of the show, Ray Donovan was spotted wearing another IWC timepiece, the IWC Mark XVII. IT comes for the brand’s collection of pilot watches, hence the legibility of its dial. It has a 41mm stainless steel case, black dial with white accents, Arabic numeral hour markers with bold quarter-hour bars, and a date wheel at 3 o’clock. Additionally, it has a black leather strap to complete its classic style.

As a man of class, Donovan was also seen wearing a Rolex Cosmograph Daytona in yellow gold. This particular timepiece was particularly remembered in the show as the watch that was given to a parole officer as a bribe.

The Rolex Cosmograph Daytona is equipped with a caliber 4130 Swiss automatic movement. It is built with an 18-carat yellow gold case and bracelet and a scratch-resistant sapphire crystal. It has three chronograph subdials and a tachymeter bezel.

If you like the look of this but don’t have thousands to spend, check out our list of Rolex Daytona alternatives here.

Also, a Swiss-made automatic timepiece seen on Ray Donovan was the Hamilton Jazzmaster Maestro. It comes with a Valjoux 7750 automatic chronograph movement. Aside from the three chronograph subdials, it also has a day and a date function at 3 o’clock. The black dial, black Arabic numeral hour markers give it a very elegant look along with a tachymeter on the outer rim of the dial, and two black hour hands with lume. The strap, moreover, is black crocodile-textured leather.