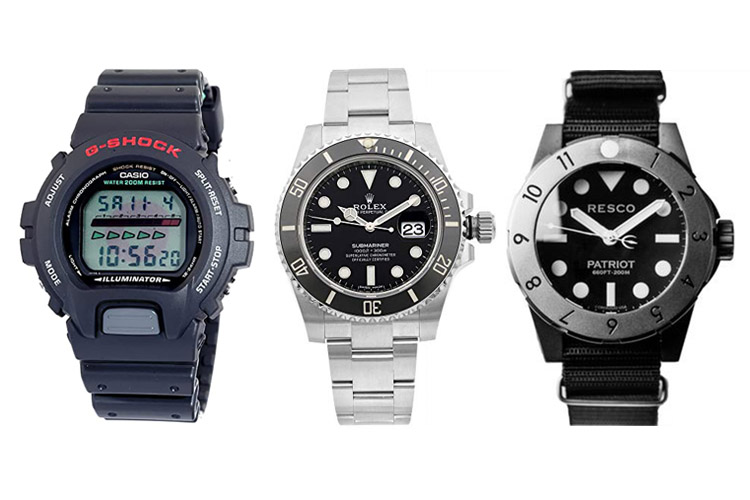 Chris Kyle was a former U.S. Navy SEAL and was in its service for ten years and going on three separate tours to Iraq. During Kyle’s time in Iraq, he racked up at least 160 kills, the official record documented by The Pentagon, but actual numbers might be around 255. This achievement earned Chris Kyle the recognition of the deadliest sniper in American history.
Kyle earned the nickname of “The Legend” from his comrades in the U.S. armed forces and a less pleasant name from the locals as “The Devil of Ramadi”. He later released his best-selling autobiography titled “American Sniper: The Autobiography of the Most Lethal Sniper in U.S. Military History”.


The book was published in 2012 and maintained its slot in the N.Y. Times Best Seller list for about 37 consecutive weeks. In 2014, the memoir was adapted to film by director Clint Eastwood with Bradley Cooper taking on the role of Chris Kyle.
Unfortunately, the real Chris Kyle could not see the film as he sadly passed away after being shot by a fellow veteran, Eddie Ray Routh, who Kyle was trying to help and was suffering from PTSD in 2013.
The film adaptation received six nominations during the 87th Academy Awards, which included a Best Actor nomination for Bradley Cooper. The film ultimately wins one award for Best Sound Editing.
In this article, we will be looking at the watches worn in the film adaptation by Bradley Cooper. We will also be touching upon known timepieces worn by Chris Kyle in real life.


In the film, we see that Bradley Cooper is wearing a which was pretty accurate for the time. Most military personnel in that era wore this watch as it was affordable yet incredibly tough and reliable. The G-Shock DW6600 has since been discontinued by Casio, but you can still find one on eBay.
We get a peek at the watch during this particularly intense and somewhat disturbing scene in the film that puts into perspective the horrors of war:


The G-Shock DW6600 is an older generation model, making it a bit difficult to find online (check eBay).
It features key functionalities that are still present in all G-Shock watches today. The DW6600 comes with the signature G-Shock durability, stopwatch, 24-hour countdown timer, and an E.L. backlight with afterglow.
The DW600 was issued to the Navy SEALs back in the mid-90s and early 2000s, and we have plenty of pictures that show Navy SEALs wearing this timepiece during training and in the field. Before the U.S. military tapped the G-Shock, it was the Rolex Submariner, once considered the standard Navy SEALs watch.
However, the low-cost, lightweight, and toughness of the DW6600 managed to take the spot from the Rolex Submariner. The first generation DW660 debuted back in 1994 and came with all the standard features such as the E.L. backlight, which illuminates the entire display, a first in the G-Shock series.
In addition to the excellent shock-resistant build, the DW6600 also has a decent 200-meter water-resistant rating. As we have stated earlier, the DW6600 is rather tricky to find nowadays due to being discontinued back in 2010. The Navy SEALs has since worn G-Shock watches and Casio Pro Trek and Suunto timepieces.
For those looking for the current generation alternative to the DW6600, you can check out the DW6900 and the DW9052, on Amazon that both incorporate similar aesthetics and features.
You can also read our article on the Best Military G-Shock Watches if you are interested in similarly designed timepieces from the same manufacturer.

Check out the watches worn by other famous Navy Seals here

Chris Kyle also wore the Resco Patriot. This timepiece is handcrafted and designed with the help of an actual Navy SEAL.
This timepiece is exceptionally durable and has passed Basic Underwater Demolition Training tests, which means it is one of the more reliable dive watches to date. The Resco Patriot is also quite practical with its design.
The Resco Patriot is the official brand given to Navy SEALs, so Kyle has one in his collection. This watch also features a premium grade build using sandblasted stainless-steel case and sapphire crystal dial window.
Underneath the robust design is an automatic self-winding movement that operates its analog display. In addition, the watch comes with a unidirectional rotating bezel and a 200-meter water resistance rating.
This specially designed timepiece incorporates bead-blasted 316L stainless steel with INCABLOC shock absorber technology for enhanced durability. The dial also features C3 Super Luminova technology for improved visibility in low-light environments.
Inside this rugged Navy SEALs watch is a Swiss Val 24 self-winding mechanism that clocks 28,800VPH for impeccable accuracy. The window dial is also pretty impressive with its domed sapphire crystal with an anti-reflective coating.


Chris Kyle also has a Rolex Submariner, which his wife is currently wearing in memory of him. This timepiece was a gift from Kyle’s father-in-law, as stated by him in his memoir.
Also, the Rolex Submariner was the preferred timepiece of Navy SEALs back in the day due to its impressive durability and water resistance.
The Rolex Submariner offers a water resistance rating of up to 200-meters, making it suitable for swimming and snorkeling. While Rolex is best known now as a luxury watch brand, you can’t overlook the fact that it is still one of the most well-made watches in the world.
The Rolex Submariner, for example, is highly regarded by divers due to its performance. The Rolex Submariner comes with premium-grade materials and build. The 40mm case and bracelet feature brushed 904L Oystersteel.
A black cerachrom ceramic bezel inserts along with an anti-glare coated sapphire crystal window with magnified cyclops lens over the date display.
Inside the robust and refined aesthetic of the Submariner is the COSC certified Rolex caliber 3135 automatic 31-jewel chronometer movement. This watch movement clocks an impressive 28,800VPH which means it has excellent precision.
In addition, this Rolex dive watch also provides solid 300-meter water resistance. This ATM rating makes the Submariner a suitable timepiece for most marine activities such as swimming, snorkeling, and even scuba diving.