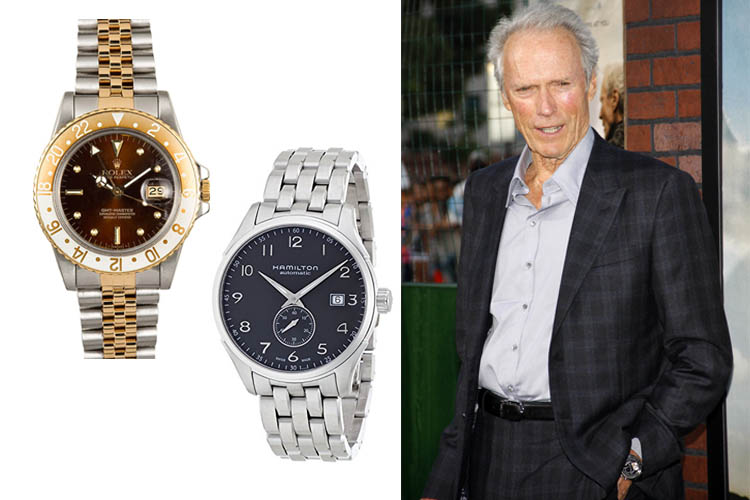 Clint Eastwood Jr. is an American actor who gained worldwide popularity after performing as the Man with No Name in Dollars Trilogy of Spaghetti Westerns back in the 1960s.

Then, he became more well-known in the succeeding decades as he played Harry Callahan in Dirty Harry films.

Aside from being a sought-after actor throughout the years, Eastwood is also a director, producer, and composer. So far, he has won four Academy Awards and another four Golden Globe Awards. He is also a recipient of the AFI Life Achievement Award and three Cesar Awards.

In addition to the show business industry, Eastwood also entered the political arena back in 1986. He was then elected and served as the mayor of Carmel-by-the-Sea, California for two years. He then donated his salary of $200 per month to Carmel Youth Center. Moreover, in 2001, Eastwood was appointed by Governor Gray Davis to the California State Park and Recreation Commission. As a commissioner, he opposed the extension of the toll six-lane 16-mile freeway extension of the California State Route 241 through the San Onofre State Beach.

The Rolex GMT Master 16753 is nicknamed “Root Beer” because of its two-tone brown and gold bezel, although it is also called the “Clint Eastwood” GMT.

Eastwood’s Root Beer GMT was given to him by T. Walker Lloyd, a longtime Rolex executive. Since then, he was seen frequently wearing it on and off camera. In fact, it has also appeared in many of his movies throughout the years – particularly notable in Firefox, Tightrope, and In the Line of Fire. Such appearances testify that the watch has become an important accessory to Eastwood and a part of his daily life for many years. Hence, the popularity of this Root Beer GMT is primarily attributable to Eastwood’s frequent usage.

The Eastwood GMT is a vintage timepiece that was launched in the early 1970s. Its style was derived from the GMT Master 1675/3 Root Beer. Eastwood GMT comes with a gold bezel, crown, hands, and embossed nipple hour indices. It offers two variants for the dial – either black or brown, and two choices for the bracelet – Jubilee or Oyster.

Moreover, many are saying that Eastwood is certainly a Rolex guy as he was seen wearing a two-tone Rolex Datejust and a Rolex Submariner.

If you like the look of this watch but don’t have the budget for a Rolex, see these other Rootbeer Style Watches.

The Hamilton Jazzmaster Maestro Small Second Auto is a dress watch that features a seconds tracker at 6 o’clock on the dial. The watch has a two-hand analog display and a date function at 3 o’clock. They are driven by an automatic movement with a 50-hour power reserve.

All numbers and trackers are legibly positioned on the dial making the timepiece look elegant. Furthermore, the strap may either be made of stainless steel or calf leather.

Hamilton watches have appeared in many iconic movies.

In the movie Heartbreak Ridge, people noticed the Casio G-Shock DW-300 that Eastwood was wearing.

The Casio G-Shock DW-300 is a vintage digital dive watch that has a water resistance of up to 300 meters. Its display is pretty straightforward yet very functional. It is packed with features such as the day and date functions, alarm, and background light. It is also very comfortable to wear with its resin case and strap.