How To Tell If a Watch Has Radium 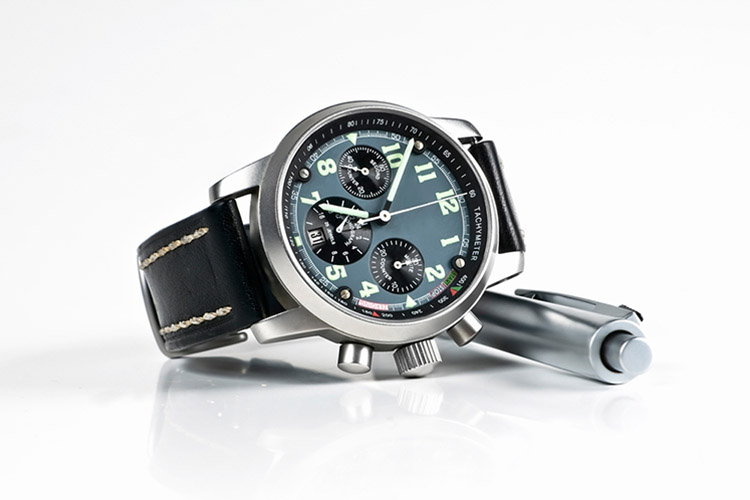 Back in the early 1900s, radium was mixed with paint (producing radio-luminescent paint) to make the elements in the watch dial, such as hands and hour markers, glow in the dark. Mostly, young women were painting the radium dials. They are more commonly known as the Radium Girls. The term has become quite popular because these young women used to point their brushes using their tongues, which later on resulted in the recognition of radium-induced osteonecrosis as an occupational disease. Hence, by 1930, dial painters stopped using their mouths to shape their brushes. However, this doesn’t remove all the health risks caused by the use of radium.
The best luminous watches now use safe materials such as Seiko’s Lumibrite,  Luminox’s Light Technology (LLT), or Rolex’s in-house Chromalight technology. However, if you are buying vintage watches, those made prior to the early 1960s you could still end up with a watch that has Radium. Below we’ll summarize how to figure out if your watch has Radium or other radioactive materials such as Tritium.


Radio-Luminescent paint is composed of zinc sulfide and radium salts. Radium is a radioactive element first discovered by Marie and Pierre Curie in 1898. It was first used as a cancer treatment. Yet, because of its glow that many found fascinating at that time, radium was also used in many everyday objects such as dinnerware, paints, and even in drinking water. Unfortunately, it took years and decades before people realized that it has harmful, fatal even, effects on the body.
Radium emits alpha, beta, and gamma radiation, which is why it is classified as highly radioactive. Once ingested or even only inhaled, the emitted radiation may interact with the human cells and then damage them. In the case of Radium Girls, they have swallowed little amounts of radioactive paint as they licked their paintbrushes. After a few years, many of them developed bone cancer. In addition, radium may also cause lung cancer when it decays to radon gas (a powerful carcinogen). Because of the grave risks posed by radium, watchmakers stopped using it on watch and clock dials by the 1970s.

How to Tell If a Watch Has Radium


The most reliable way to know if a watch has radium (or other radioactive material) is through the use of a Geiger counter. If you don’t have one, there may be some indications on the watch dial.
If your watch is quite vintage and is Swiss (produced before the 1960s in Switzerland), then it is highly probable that it comes with radio-luminescent paint.
If it is Swiss but is made after 1998, then it probably used LumiNova already on its dial. “R” or “Ra” on the dial may also indicate that it has radium.
For Rolex and Tudor watches, Radium was the standard luminous material until 1963.  After that point, Rolex started using Tritium instead of Radium. Although safer than Radium, it is still radioactive. Most Rolex watches that used tritium will have the symbols “SWISS T<25”  or “T Swiss T” under the 6 o’clock marker. Some additional symbols on the dial as they indicate the level of radium present in the watch.
Low radiation levels (complying with the Atomic Energy Commission regulations) are indicated with an exclamation point with the dot below the marker at 6 o’clock, or with an underline on the dial if the watch was produced in 1963 onwards. Another quick way to determine if the watch has radium is if it has a faint glow in the dark and does not charge up in sunlight. After a few years or decades, radium dials may lose their glow but it doesn’t mean that they’re no longer radioactive. It takes thousands of years before the radium will completely decay.


What Should to Do If Your Watch Has Radium Dial

If you found out that your watch has a radium dial, you don’t have to panic and dispose of it immediately. Remember, radium will only be harmful if it is inhaled or ingested. So one thing that you have to remember is to never disassemble or take the watch apart. Keep it intact in a safe and well-ventilated place. Why does it have to be well-ventilated? Because, as mentioned above, radium decays into carcinogenic radon gas, and it can seep through the watch even if it is watertight. Hence, a watch with a radium dial should not be kept in a small, poorly ventilated room to avoid high and hazardous concentrations of radon gas.
Your best option is to take it to a professional watch repair shop that specializes in vintage watches and experience with Radium. They’ll have properly vented work areas and expertise to change out the painted parts to a safer modern luminous material.
However, if you just don’t want to deal with radioactivity and radon it might be best to part with the watch. There are plenty of watch collectors that are not deterred by watches with Radium and you may even profit from it.