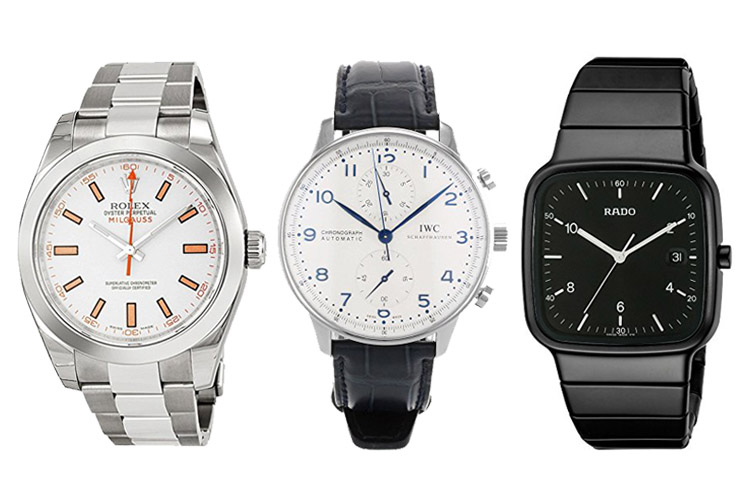 James Daniel May, more commonly known as James May, is especially popular among drivers and car enthusiasts. He is a TV host and one of his top programs was Top Gear wherein he co-hosted with Jeremy Clarkson and Richard Hammond from 2003 until 2015. Also in this show, he was given the nickname Captain Slow, because he was found to have a very careful driving style. At present, he is hosting The Grand Tour still with J. Clarkson and R. Hammond, and this time including Andy Wilman. Throughout his career, he already hosted TV programs on various topics such as science and technology, wine, culture, and even toys. In this particular video from the BBC Earth Lab, James May discussed the mechanism of a quartz watch.
Prior to his career in television, James May started in journalism. He was a sub-editor for various magazines, author of several books, and columnist. As such, he wrote some articles on watches on The Telegraph (2008) and on Top Gear (2012).
In relation to this, many watch enthusiasts have also noticed James May’s watches during his shows, especially when he’s behind the wheel. If you are wondering too about his watches, we’ve found some of the watches he would frequently wear during his shows.


As James May said in his tweet, the Omega Seamaster Chrono Quartz was first introduced during the 1976 Montreal Olympic Games, and it was then the brand’s flagship chronograph. More so, the said timepiece is the first-ever digital-analog chronograph that was launched in the watch industry.
The Omega Seamaster Chrono Quartz obviously uses quartz technology. It has an analog display at the right and a digital display on the left. Both are driven by a 32 kHz quartz crystal oscillator. It also has a date function at 3 o’clock position of the analog display. Its rectangular case and bracelet are both made of stainless steel. It was launched with only 15,000 pieces produced, sold at £375 each. However, given its historic feats and unique design, it’s no wonder that this timepiece is now one of the sought-after items among watch collectors.
If you are interested, you can occasionally find this model on eBay.


James May also owns a classic Rolex Milgauss ref. 116400WO. One outstanding aspect of this Rolex Milgauss is its anti-magnetism. Such design is particularly helpful for people working in places where electromagnetic fields may disrupt the watch’s timing mechanism – this includes power plants, medical facilities, and research laboratories. The production of Rolex Milgauss was discontinued back in 1988. However, it was reintroduced with some improvements in 2007.
Moreover, the Rolex Milgauss is driven by a self-winding automatic movement. It is built with a stainless steel case, a polished steel oyster bracelet, and a scratch-resistant sapphire crystal. It is also water-resistant up to 100 meters.

James May is also frequently seen with the IWC Portugieser Chronograph. This timepiece is also driven by a self-winding caliber 79350 automatic movement that has a 44-hour power reserve. It is built with a polished stainless steel case, a blue crocodile-textured leather strap, and a scratch-resistant sapphire crystal. The dial is silver with blue accents and chronograph subdials. Because of its sleek and classic look, the IWC Portugieser is a timepiece that can be worn in just about any situation – business meetings, fancy dinner, or casual meet-ups.

James May was also seen wearing Rado watches. One particular model that stood out is the Rado Ceramica R28888162. As the name implies its case and stainless steel are both made of black ceramic. It has a rectangular black dial with an analog display and a scratch-resistant sapphire crystal. Similar to his Omega shown above, this Rado timepiece is powered by quartz technology.