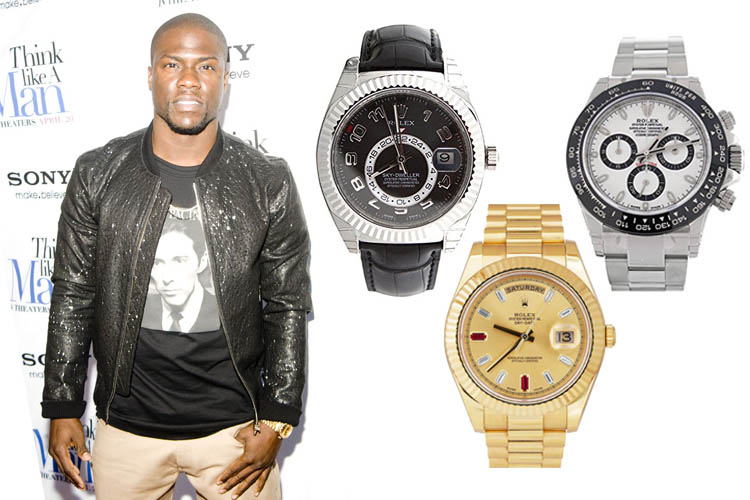 Image Credit: Adam Bielawski via Creative Commons
For this post, let’s talk about the American comedian, actor, and producer Kevin Darnell Hart. Kevin Hart was born in Philadelphia, Pennsylvania on July 6, 1979. He started doing comedies by joining amateur competitions until he got his big break in 2001 when he landed a role in the television series Undeclared. After his performance in the series, he was able to land other roles in several movies such as Scary Movie 3, Soul Plane, and Little Fockers, to name a few.
As his reputation continued to grow, his own stand-up album was finally released in 2008. It was entitled I’m a Grown Little Man.  His popularity as he became part of other international movies like Think Like a Man, Ride Along, Ride Along 2, Get Hard, Central Intelligence, Jumanji: Welcome to the Jungle, and Jumanji: The Next Level. More so, he launched four more comedy albums – Seriously Funny, Laugh at My Pain, Let Me Explain, and What Now?. In 2015, his name made it to the list of 100 most influential people by Time Magazine.
In addition to his acting and comedy skills, many also admire his impressive watch collection. To give you a gist, we’ve listed some of his treasured timepieces here.


From what we heard in watch circles, Kevin Hart loves Daytonas to the point that he flaunts them at public events. He was already seen wearing at least six Daytonas including the 50th Anniversary Rolex Daytona in Platinum, a yellow gold Paul Newman, an Everose Daytona, one with a blue dial, and another in pink. Then, of course, he has this Oystersteel ref. 116500LN.
The Rolex Cosmograph Daytona Oystersteel is built with highly-resistant steel particularly developed by Rolex. It also comes with a black Cerachom bezel with an engraved tachymeter. Moreover, it is equipped with caliber 4130, a self-winding mechanical movement with a 72-hour power reserve.


Aside from Daytonas, Kevin Hart also different versions of Rolex Day-Date The President such as an all-gold one, a unique 18k Everose Gold Bronze Wave Dial, and the one in the photo above – an 18k Yellow Gold Baguette Diamond and Ruby Dial.
It’s not surprising that Hart also possesses this timepiece that has become a symbol of stature. However, this particular Rolex The President stands out because of the yellow gold case and bracelet, as well as the bezel and hour markers set with baguette-cut diamonds and rubies. You may also check out our post on Rolex Day-Date Alternatives for more affordable options.


Kevin Hart also has a variety of complex watches; one of which is the Rolex Sky-Dweller with 18k white gold and black dial.  The Rolex Sky-Dweller is best for travelers as it shows two timezones simultaneously. The traditional analog display shows the local time and there is a 24-hour format disc to show the reference time. The Sky-Dweller also has an annual calendar. The months of the year are indicated at the outer rim and the current month is being marked in red.


Kevin Hart’s watch collection also contains a number of Audemars Piguet watches, including the classic Royal Oak Automatic in stainless steel, a Royal Oak Offshore in Rose Gold, a Royal Oak Open-Worked 40th Anniversary Watch, and the Royal Oak Perpetual Calendar – in White Ceramic (shown above) and in Black Ceramic.
These ceramic watches are lustrous and light when worn, which makes them look more elegant. The Royal Oak Perpetual Calendar White Ceramic, in particular, comes with a contrasting dark navy Grande Tapisserie-pattern dial. It also has a self-winding caliber 5134 movement with approximately 40 hours of power reserve. It features a perpetual calendar complication that shows the day, date, week, month and astronomical moon up to the year 2100.


Another complicated timepiece that Kevin Hart owns is the Patek Philippe Celestial. Again, he has two versions of this – one in Platinum case with baguette-cut diamonds on the bezel (shown above) and another in Rose Gold.
Its self-winding caliber 240 mechanical movement drives the complications that the wearer may admire on the dial. It includes a sky chart that shows the arrangement of the celestial bodies of a night sky, the movement of the stars, as well as the phases and orbit of the moon. If you’re wondering, it can also tell the local solar time with its two skeletonized hands. Attached to the alligator-textured leather strap, this timepiece is truly a masterpiece that horologers would love.
Interested in this kind of timepiece? Visit this link.


The Richard Mille RM 11–01 “Roberto Mancini” was built and designed primarily for its namesake – the Italian former footballer Roberto Mancini. Considering the harsh nature of the game, RM 11-01 is built with extreme durability without compromising the comfort of the wearer.  It has a grade 5 titanium case with front and back sapphire crystal, and a thick rubber strap. Its skeleton dial also showcases the watch’s automatic-winding caliber RMAC 1 movement that has a 50-hour power reserve. It powers the flyback chronograph, central minutes counter, a 12-hour totalizer, and the annual calendar.


The Richard Mille RM 035 “El Toro” Gold was developed in honor of Rafael Nadal. In fact, the said tennis star has been collaborating with the brand in designing the watch. As such, it is a limited-edition timepiece with only 50 pieces produced and can be purchased only in the brand’s US boutiques.
The result is a timepiece with a tonneau-shaped case built with 18k red gold. Even the crown, buckle, and hands are also made of red gold. The movement is a manual-winding caliber RMUL1 with up to 55 hours of power reserve. Such impressive movement can be admired through the watch’s skeletonized dial.