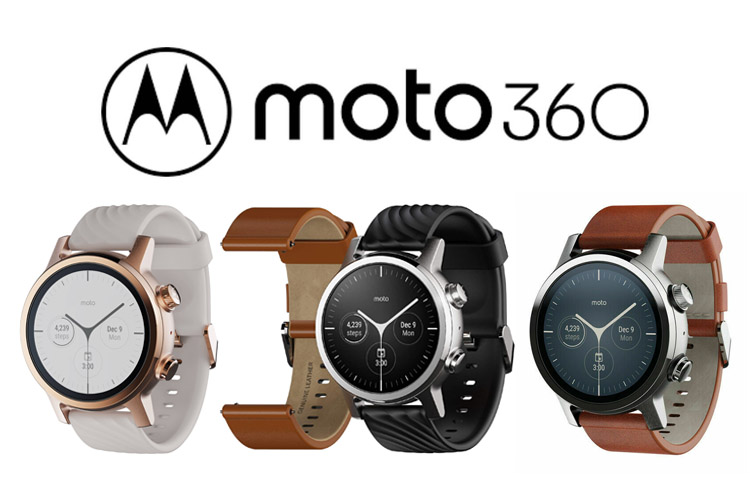 There is no brand that is more synonymous with the cell phone than Motorola. They were the brand that is responsible for giving birth to the cell phone and was the primary driving force of innovation for communication devices. While they aren’t as prominent in today’s market. Motorola is one of the most important companies in technology’s history.
Aside from cell phones, Motorola also created the Moto 360. And while this smartwatch isn’t as iconic as the Apple Watch, it is still a revolutionary device that helped define today’s modern offerings.
Without a doubt, Motorola has a very rich history. In this article, we will be talking all about it as well as their smartwatch offerings. And by the end of this article, you should have a better idea on whether or not Motorola is still a brand that you should consider in this day and age.

Motorola was founded in 1930 by Paul V. Galvin. They initially started life as a car radio company. The name Motorola was a combination of two words; Motor and Ola. Together, those two words meant sound in motion.
Motorola expanded their radio offerings outside car audio and introduced more portable consumer-level products throughout the years. They even played a crucial role during World War II by producing Handie-Talkie SCR-536 AM portable two-way radio.
Motorola’s achievements did not stop here. They continued making innovative products that not only pushed radio technology forward but also helped the progress of humanity. Motorola’s equipment was crucial in the Apollo 11 Mission.
Several of their equipment, including the Motorola S-Band Transporter, served as the only means of communication from space to Earth. They continued providing NASA with crucial equipment in missions such as the Apollo-Soyuz handshake mission.
During the 1970s, Motorola started expanding its business with more diverse product offerings. In 1973, Motorola Engineer Martin Cooper invented the first cellular phone, the Dynatac 8000X.  This product was a natural evolution of their radios and served as a precursor for Motorola’s future in the following decades.
Motorola also started developing microprocessors. The most notable computers that used their products were the Macintosh 128K, which was the first Macintosh, as well as IBM’s early units.

Motorola was already a very successful brand in the 1990s. Apart from being a key player in major projects of the US, Motorola was also starting to become the leader in the cell phone market. In 1996, Motorola released the successor to the Dynatac 8000X, the StarTAC.
The StarTAC was a revolutionary design since it was the first clamshell cell phone. Its $1000 price tag showed how much of a premium brand Motorola was at the time. However, its price tag did not stop it from becoming a success as it still sold more than 60 million units.
Motorola continued their successful run until the early 2000s. They came up with iconic models such as the Motorola V60, the Motorola Razr V3, and many more. It was during this period where Motorola cemented itself as the best and most innovative cell phone manufacturer.

Unfortunately, Motorola’s dominance in the electronics market would not last forever. It wasn’t long before another company would introduce a revolutionary product that would forever change the cell phone world.
In 2007, Apple released the iPhone, which at the time was the next evolution of the iPod. It introduced key features that are common in today’s offerings such as the touch screen display. It also introduced the idea of a centralized operating system that would later pave the way to the Apple ecosystem.
Apple’s iPhone brought people something that they didn’t know they wanted. Most of the companies at the time such as Motorola, Nokia, and Blackberry were not revolutionary enough as they only catered to what people wanted at the time.
Motorola could not adapt to the rapidly changing market and could not meet the consumers’ needs. And thus, Motorola’s reign in the cell phone market was over.
Motorola later split into two separate companies. Motorola Mobility, took charge of the company’s consumer-oriented products while Motorola Solutions took charge of the company’s enterprise-oriented product lines.

Motorola Mobility was acquired by Google in 2011. This move was made mostly to secure Motorola’s patents. However, this move also helped Motorola get back in the game.
Motorola, now under Google, released products that appealed to the entry-level and the enthusiast market. The most notable during this era was the Moto X and the Moto 360 smartwatch. The Moto 360 is quite notable since it was the first smartwatch to use Google’s new Android Wear which later became Wear OS.
It seemed that Motorola was set to become a major player in the smartphone market. Google even laid down a roadmap to let users know what to expect from the brand in the coming years.
However, Google’s ownership of the Motorola brand was short-lived. Motorola was sold to Lenovo in 2014. This move was unexpected given the success of the products released during Google’s run with Motorola.
According to Lenovo, the purchase of the Motorola brand was made to help them get into the US market. Initially, Motorola’s product lineup did not see too many changes during the first two years. Motorola’s successful products, the Moto X and Moto 360, received a second generation that further refined their aesthetics and feature sets.
Motorola even released the Moto Z flagship smartphone that was very competitive with other flagships at the time when it came to their specs. It also featured a modular accessory system which showed their willingness to innovate.
However, the following years proved that Lenovo did not know how to manage the Motorola brand. Their focus on quantity over quality caused them to produce more sub-par phones after 2016. Additionally, they discontinued the Moto Watch 2nd Generation citing a lack of market for this type of product.
Today, despite still making smartphones, Motorola is in the same boat as they were almost a decade ago. They still offer some revolutionary products such as the new Moto Razr foldable smartphone. However,  only time will tell if Motorola can redeem the glory that they once had.

Motorola was one of the first companies to jump on Google’s Android Wear Platform (now known as Wear OS). It was also one of the more premium looking round-faced watches among its competitors which made it the top-selling watch of its generation.
Unfortunately, after two iterations, the Moto 360 was discontinued. This was despite both generations selling well. But in 2020, the Moto 360 was revived by another company.
EbuyNow bought the rights to the Moto 360 branding resulting in the birth of the 3rd Generation of the well-loved Moto 360. Despite being made by a different company, the vision that drove the first two iterations to success can still be found in the third generation.
The Moto 360 3rd Gen checks all the right boxes for a modern-day smartwatch. It has a solid stainless steel body, a sharp and vibrant AMOLED display, and beautiful craftsmanship that not only makes it an excellent tool but also a great fashion accessory.
Just like its predecessors, the Moto 360 is powered by Google’s Wear OS platform. But unlike its competitors, the Moto 360 has the necessary specs to smoothly run Wear OS. It even guarantees a two-day battery life, even when AOD is enabled.
While the new Moto 360 plays it safe in terms of features, its execution makes it a viable choice. Of course, the new Moto 360 is now facing tougher competition from other companies that are utilizing Watch OS such as Fossil and TicWatch.
Additionally, the whole smartwatch market is now more diverse more than ever. Products such as the Apple Watch, the Samsung Galaxy Watch 3, and the Garmin Fenix all utilize proprietary software that has potentially more features and is considerably more stable than Watch OS. But if the New Moto 360 can keep up its execution, then it will undoubtedly be a competitive smartwatch for 2020 and beyond.

Motorola is one of the most recognizable electronic brands. They have made devices that were used in significant events such as the second world war and the first landing on the moon. They were also well known as the pioneers of the cellphone.
However, Motorola is also quite notorious for its downfall. Their failure to adapt or to innovate in the late 2000s cost them their market share.
While they were able to initially bounce back thanks to the acquisition of Google, this success was relatively short-lived. The transfer of ownership to Lenovo further strayed Motorola from its path to redemption.
Not only were the Moto 360 smartwatches discontinued. Lenovo also stopped making innovative products such as the Moto Z. Instead, they focused on making more affordable smartphones that weren’t great buys for their price.
Today, none of Motorola’s products can compete with brands such as Apple, Google, Samsung, or Huawei. They still manage to come up with products that grab people’s attention from time to time. One example is the latest Moto Razr foldable smartphone.
But aside from that, Motorola has become a shadow of its former self. And to further complicate the situation, the rights to some products such as the Moto 360 were sold to other companies. This can be very confusing in the long run since some products bearing the Motorola brand name can potentially be unrelated to the current iteration of Motorola.

Is Motorola a Good Smartwatch Brand?

Despite the lackluster appeal of Motorola’s products in the Lenovo owned era, their smartwatches tell a completely different story. From the original Moto 360 up to the current eBuyNow owned revision, all of their smartwatches were solid. The first Moto 360 was even innovative in a lot of ways and set most of the features that are found in today’s Wear OS powered devices.
It is understandable if most consumers have their doubts about the latest Moto 360 smartwatch. The Motorola branding hasn’t been significant in years. The new company behind the new Moto 360 also isn’t reputable enough, especially considering the Moto 360’s high price tag.
However, based on the feedback of multiple users and reviewers, the Moto 360 3rd Gen seems to be just as competitive as its older siblings were. If you have the chance to check out the current version of the Moto 360, we highly urge you to do so.
Even the older Moto 360 1st and 2nd gen are still capable enough to be used as budget smartwatches. They may not have the battery life and the features of today’s modern-day budget offerings from the likes of Amazfit. However, their timeless design and core functionalities still make them capable daily drivers.

Where To Buy Motorola Watches?

The Moto 360 3rd Generation can be bought from the Moto 360 Website and  online retailers such as Amazon,
You can also find new and pre-owned ones on eBay.

Where are Motorola Watches Made?

Motorola smartwatches are manufactured in China.

Motorola smartwatches have a one-year warranty.