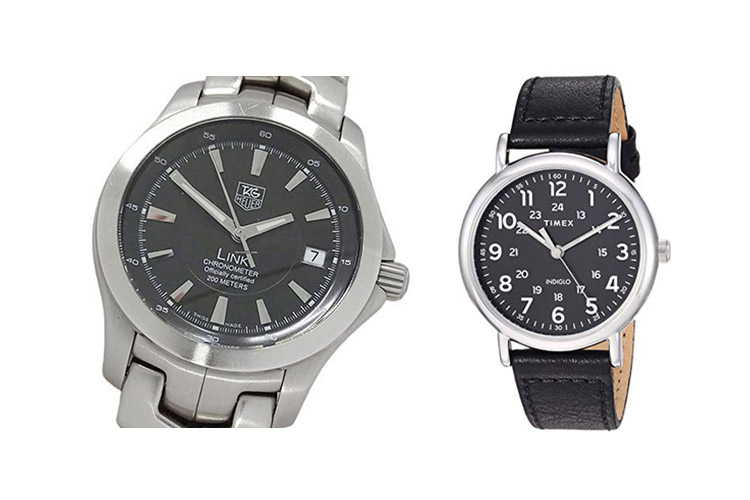 The American crime drama TV series, Ozark, had been garnering many praises since its debut back in 2017. With high-caliber actors such as Jason Bateman and Laura Linney at the forefront, those acclaims are not surprising. The series is about Marty Byrde (Bateman), a Chicago Financial Planner who gets tangled in deep with the Mexican drug cartel, which forces him to move his family to Missouri Ozarks and launder money to keep him and his family safe.

The plot certainly sounds like a mixture of Narcos and Breaking Bad, right? Fortunately, a solid story and excellent acting from the cast prevented Ozark from being a cheap knock-off. Despite the series starring actors known for their comedic pedigree like Jason Bateman, Ozark is, in fact, a dark and violent television series about the ruthless criminal underworld. The good news is that we won’t focus on that particular aspect of the series but on the characters’ timepieces.
Before we dip into that, though, we have a little treat for the series’ fans with some exciting Ozark trivia to whet your appetite.

Initially, Wendy Byrde was generally less involved in Marty’s shady dealings was strictly a wife role. Laura Linney wasn’t that interested until learning that she was going to work alongside Jason Bateman. Linney also requested that her character play a more pivotal role in the series before she signed, which the producers gladly accepted.
I mean, you have a highly talented actress like Laura Linney in your hands. It is almost criminal to not place her in a more central role in the story. Hence, Wendy Byrde transformed into a much more complex character than what was initially written.
The Ozark Title Card Foreshadowing
In every episode’s opening sequence, we get the large ‘O’ title card with four symbols inside. These symbols are revealing key events that will transpire within the said episode. Another fun fact about this title card is that all four signs are also in the shape of the series’ title letters: Z, A, R, K.

Diving Head First Into the Role

As the show is about money laundering, it helps that the actors know what the heck they are talking about in specific scenes. This is why the series’s primary actors took some time to learn finance from a hedge fund manager.
Fortunately, audiences don’t need to know anything about this industry to enjoy the show as the writers managed to simplify it without degrading the complexity involved. That’s pretty good writing right there.

Jason Bateman is probably best known for his portrayal of Michael Bluth in the hilarious comedy sitcom, Arrested Development. Fans of the comedy show will probably notice some subtle references in Ozark once such connection is how Bateman’s family in Ozark tend to hide money within their house walls. Similar to the “Always Money in the Banana Stand” episode of Arrested Development.
There is also the slight nod of how Bateman’s Marty knows a lot about Maritime Law. His previous character, Michael Bluth, was obsessed with Maritime Law.

The Watches Worn in Ozark

This exact model number may be difficult to find new, although we have been able to find it on eBay.
We can see Marty wearing this timepiece during this intense scene in the first episode of the first season

As a financial advisor, Marty Byrde must exude an air of success with his attire to gain a client’s trust. This is why we see him wear a TAG Heuer Link in the first episode of the series. TAG Heuer is a luxury watch brand that features stylish timepieces from the sophisticated dress watch to the flashier sports watch. The TAG Heuer Link blends a refined professional aesthetic with a bolder contemporary charm.
This timepiece is quite sleek as well, with its round 39mm brushed stainless-steel case. The bracelet incorporates the signature TAG Heuer “linked” design which makes it extremely easy to distinguish at a glance. The case features an anti-glare coated sapphire crystal window that significantly enhances its durability and longevity. There is also a black-tone fixed bezel incorporated into the watch’s overall case design.
Luminous silver-tone dials and hour markers accompany the black dial. There is also a date display located at the 3 o’clock position. However, it is in the performance aspect that the TAG Heuer truly shines as it uses a COSC certified chronograph movement.
TAG Heuer watches are known for their accuracy, and the TAG Heuer Link meets this reputation with its high-precision automatic movement. The watch also comes with 200-meter water resistance making it suitable for a variety of water-based activities.


We get a perfect look at Timex Weekender before the bar fight ensues after Roy Petty receives a piece of terrible news:

Roy Petty is an FBI agent investigating Marty Byrde’s illegal money laundering activities in Ozark. However, the character is not typically a clean-cut federal agent as Petty will not think twice about crossing the line to achieve his goals, which is the character’s bane. Roy Petty also has an interesting personal life that adds a layer of complexity to his character. We often get to see Petty wearing a Timex watch from the brand’s Field collection.
This choice of wristwear fits perfectly with Petty’s character; nothing too flashy, just practical in both performance and cost. Which is something you would expect a federal agent who is not exactly high up in the hierarchy will be wearing.
That is not a knock-on Timex though, as the brand has proven to be an extremely reliable and affordable timepiece.
The Weekender, for example, looks entirely professional with its silver-tone 40mm brass case.
The black genuine leather strap further adds to its chic aesthetics.
Over on the dial, we have Indiglo technology that improves readability even in low-light environments.
The black dial also features bold and luminous Arabic numeral hour markers and hands. There is also a 24-hour military time displayed on the outer rim.
The watch also comes with a decent 30-meter water resistance rating. This means it can easily withstand splashes of water, but you should refrain from wearing it during swimming.