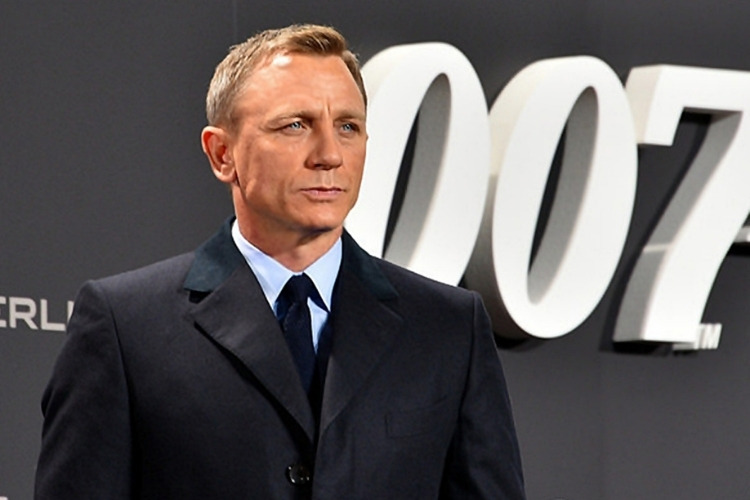 For this post, we’ll talk about an English actor who is best known for his portrayal of James Bond. We’re talking about Daniel Craig who was born in Chester, England on March 2, 1986.
He started playing as James Bond in Casino Royale in 2016; then, he also starred in the Quantum of Solace (2008), Skyfall (2012), Spectre (2015), and in No Time to Die (showing on October 2021). He was even nominated for the BAFTA Award for Best Actor in a Leading Role for his performance in Casino Royale.
Daniel Craig (Image Credit: commons.wikimedia.org)
In 2019, he was nominated again, this time for a Golden Globe Award for Best Actor – Motion Picture Musical or Comedy for his role in the movie Knives Out. He also starred in other movies such as The Golden Compass, Defiance, Cowboys & Aliens, Logan Lucky.
As a highly sought-after actor, many can’t help but notice the sleek and stylish watches he’s been wearing on and off the camera. We’ve seen a few Rolexes; and primarily because of his portrayal as James Bond, he became one of the brand ambassadors of Omega. In one interview, Craig shared, “…my collection of watches and my interest in watches started by being involved with Omega through Bond. I have these crazy ideas, and they produce them.” So here, we’ve listed some of the Rolex and Omega watches he’s been spotted with.

First on the list is the watch that Craig wore when he first played James Bond in Casino Royale. It is an Omega Seamaster Planet Ocean. This one’s actually given to him by the movie producers with a dedication on its case back. In the watch circles, it has been mentioned that Craig prefers to keep this particular timepiece in his safe than wear it regularly considering its sentimental value.
The Omega Seamaster Planet Ocean is built with a 43.5mm stainless steel case with a helium escapement valve at 10 o’clock. It also has a transparent case back and a bi-directional rotating stainless steel bezel with a black ceramic GMT ring. The dial is black with luminous hour markers, silver Arabic numerals at 3, 6, 9, and 12, and a date window at 3 o’clock. It is then attached to a black rubber strap. Powering it is an automatic self-winding caliber 8605 chronometer movement with a Co-Axial Escapement.

For the movie Skyfall, Craig’s personal choice of a timepiece is the Omega Seamaster Aqua Terra steel variant with a blue teak concept pattern dial. It is a mid-sized chronometer with a date indicator at 3 o’clock. The case and bracelet are made of stainless steel, and it has a transparent case back made of sapphire crystal. The watch is being driven by a self-winding caliber 8500 movement with a Co-Axial escapement and a power reserve of up to 60 hours.
Other variants of the Omega Seamaster Aqua Terra come with rubber, NATO, and leather straps. The color and pattern of the dial also vary – there are black, white, and silver.

Craig wore another Omega timepiece in the movie Spectre. The Omega Seamaster 300 Spectre is the first actual watch worn in the movie that was released as a limited edition with only 7,007 pieces. It is particularly distinctive because of its striped black and gray NATO strap with the engraved 007 gun and Omega logo on its buckle. The transparent case back also has an engraved SPECTRE on it.
The Omega Seamaster 300 Spectre is powered by the Omega Master Co-Axial caliber 8400. It is a self-winding movement with a 60-hour power reserve. More so, it has a 41 mm stainless steel case and a black ceramic bi-directional bezel. The dial is black with a lollipop seconds hand, and an arrow hour hand.

Rolex has also been considered the James Bond watch until 1995; which is why it’s not surprising that Craig also has a Rolex Submariner ref. 6538 that is considered as the original “Bond Submariner” (although references 5508 and 6205 are also nicknamed as such).
This Bond Submariner is a vintage timepiece that was produced from 1954 until 1959. It boasts of its oversized crown without any crown guard. It also has a 38mm tonneau-shaped Oyster case with a revolving black bezel. It is equipped with an automatic caliber 1030 movement with 25 jewels.

Craig also owns two models of Rolex Milgauss – one is ref. 116400 and the other is ref. 116400V. It is a considered historic timepiece because it is the first anti-magnetic watch that was designed to withstand magnetic fields of up to 1,000 gauss.
It is also recognizable because of its green sapphire crystal, and the orange seconds hand shaped like a lightning bolt. The dial is black with luminescent hour markers. The case and bracelet are both made of stainless steel.