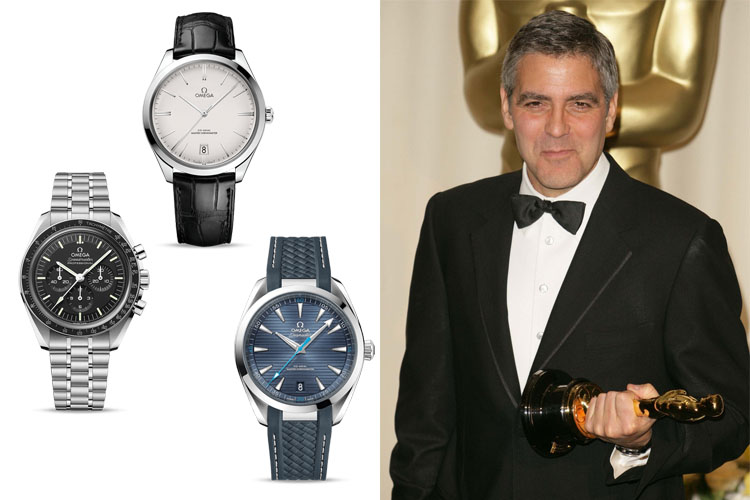 George Clooney is an award-winning actor and movie director. He has already bagged 3 Golden Globe Awards, 2 Academy Awards, and the AFI Lifetime Achievement Award.  He started acting in television in 1978, and his acting skill was recognized when he played Dr. Doug Ross in the medical drama ER that ran from 1994 to 1999. As such, he was nominated for the Primetime Emmy Awards twice and received offers for leading roles in different films.
Clooney gained popularity in films because of his performance in From Dusk till Dawn and Out of Sight. In 2002, he debuted as a director with a biographical comedy movie Confessions of a Dangerous Mind. After which, he continued to make more films of different genres such as the historical drama Good Night and Good Luck, sports comedy Leatherheads, political drama The Ides of March, and many others. In 2013, he produced the political thriller Argo, for which he received an Academy Award for Best Picture.
With his award-winning films and performances, it is not surprising that George Clooney has been included in the annual Time 100 list of the Time for the years 2006 to 2009. He is also a known activist for political and environmental causes and even served as a United Nations Messenger of Peace. He is also an Omega brand ambassador so it’s not surprising that he’s almost always wearing an Omega on his wrist. We’ve listed a few that are noteworthy.


First on the list is the one he wore during his wedding ceremony with Ammal Alamuddin in Venice – the Omega De Ville Trésor Master Co-Axial. This sleek timepiece is built with a white gold case and a black leather strap. It also has a pristine white dial and silver indices.  It also has a date function at 6 o’clock. On its caseback is the engraving “Anti-magnetic”  and “15’000 Gauss”.  Then it has a domed sapphire crystal through which one can admire the mechanical movement inside. Speaking of movement, it houses the calibre Omega 8511 manual winding movement with Co-Axial escapement and 60-hour power reserve.
There are also other variations for this brand. You may opt for steel, gold, or yellow gold case, and choose other colors for the leather strap and dial.


During the premiere of Suburbicon along with the Venice Film Festival in Italy, Clooney wore an Omega Seamaster Aqua Terra. Specifically, it has a stainless steel case, a gray dial, and a gray rubber strap. Then, on other occasions, he was spotted wearing quite a different variant of Omega Seamaster Aqua Terra – one with steel case and bracelet, and a black dial. It’s safe to say that it is one of his go-to timepieces.
The Omega Seamaster Aqua Terra does provide its wearer with some options to change its overall look. There are quite a lot of dial colors to choose from, while the bracelet can either be steel, leather, or rubber. However, the dial will always have its teak pattern in reference to its maritime inspiration.  It also has a date window at 6 o’clock, Super LumiNova hands and markers, and an orange seconds hand. The Omega Seamaster Aqua Terra is powered by an in-house self-winding calibre Omega 8900 automatic movement. It boasts of 60-hour power reserve, superior precision, anti-magnetism, shock resistance, and durability.


Throughout the movie Money Master, Clooney wore a yellow-gold Omega Speedmaster Moonwatch Professional. Its hands, indices, and other elements are also gold, which is exquisitely stylish on its black dial. It also features 3 chronograph subdials for the second, 30-minute, and 12-hour trackers. Its bezel is also black made of ceramic and has a tachymetric scale in gold. All these are powered by a manual-winding in-house calibre Omega 1863 with a power reserve of up to 48 hours. Its case and bracelet, moreover are both made of 18K yellow gold.
This particular yellow-gold variant is no longer in production and may be hard to find. However, there are other variants of the Omega Speedmaster Moonwatch Professional that are listed on eBay.

Last on the list is a vintage Omega. It was seen on his wrist in the movie Tomorrowland. It is a 1958 Omega Constellation Automatic Chronometer. This particular model was produced in the early 50s up to the late 1960s. It’s built with a stainless steel case and a black alligator-textured leather strap. The dial is silver, along with most of its elements such as the hands, indices, even the brand logo and name, and the Constellation emblem. It also has a date window at 3 o’clock.