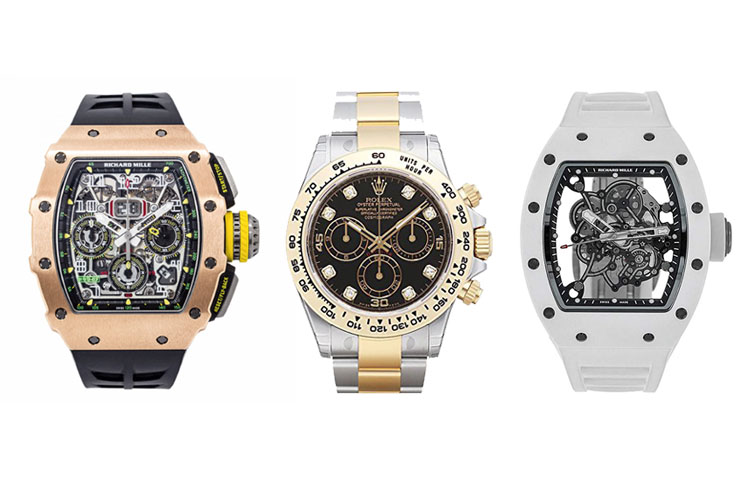 Robert Rihmeek Williams, popularly known as Meek Mill, is an American rapper and songwriter from Philadelphia. He entered the music industry in 2003 as a battle rapper, and later formed a rap group called The Bloodhoundz. It was not until 2008 when Meek Mill signed his record deal with the Atlanta-based rapper, T.I. In 2012, he released his debut album entitled Dreams and Nightmares under MMG and Warner Bros. Records. Later that year, he announced his own record company named Dream Chasers Records, which was named after his mixtape series. He released more albums and singles in the succeeding years.
However, in November 2017, he served five months in the State Correctional Institution in Chester, Pennsylvania for violating his parole; although he was sentenced to two to four years. After his release in 2018, he became an activist and an advocate of criminal justice reform in the United States. As such, he co-founded the REFORM Alliance Foundation together with Jay-Z, Robert Kraft, and other business owners and leaders in law and politics. Moreover, he released a documentary series on Prime Video entitled Free Meek.
Despite the legal troubles that Mill faced, his 2020 net worth was reported to be at $20 million.  He is a proud fan of luxury cars, customized luxury watches, and various pieces of diamond-encrusted jewelry. He even posted some of them on his Instagram. Curious about the specific watches that he wears? We’ve listed here a few models that surely stood out from his watch collection.

If the Rolex Day-Date The President is the ultimate watch of prestige, Meek Mill sure wants to boast of his prestigiousness by owning not just one, but multiple pieces. And take note, they are not just factory versions; rather, Mill’s The President watches are customized with different amounts of diamonds. As shown above, he has a rose gold Rolex The President that is fully set with diamonds from the dial to the bracelet. In 2016, he showcased another customized Rolex The President; this time, a silver-toned one with a blue dial. It was encrusted with white round diamonds on the bezel, bracelet, and on the Arabic numeral hour markers. He was also seen wearing a yellow gold variant with a diamond-crusted bezel.
Rolex Day-Date The President was the first watch to display the day of the week fully spelled out in a window. It also has a magnified date window at 3 o’clock. It is considered the ultimate watch of prestige because it is a timepiece of choice by most political and business leaders as well as celebrities.

Meek Mill was also one of the VIP celebrities who received a Rolex Cosmograph Daytona (along with a bottle of Ace champagne) from the hip-hop billionaire Jay-Z as an invitation for the Shawn Carter Foundation Gala Weekend. The said Rolex Daytona is a 40mm Everose gold variant with a chocolate dial.

Another customized Rolex that Meek Mill received was the Rolex Oyster Perpetual Sky-Dweller. It was given to him by his ex-girlfriend Nicki Minaj for his 29th birthday in 2016. As seen in the photo above, Mill’s Sky-Dweller is a yellow gold variant covered with white diamonds.
The Rolex Oyster Perpetual Sky-Dweller is a timepiece that can track two different time zones, making it a great watch for frequent travelers. It also has a perpetual calendar that automatically adjusts the date in accordance with their respective number of days, except for February that has neither 30 or 31 days.


Aside from Rolexes, Meek Mill is also a fan of Richard Mille watches. In fact, he owns two variants of the Richard Mill RM-055. One with the orange strap and another that is all white (as seen in the photo below).
This particular model is also called Bubba Watson because it was particularly developed for the famous golfer Bubba Watson. It has a caliber RMUL2 mechanical movement with a power reserve of approximately 55 hours.  Such movement is built with grade 5 titanium and is magnificently displayed on its skeleton dial. Moreover, the timepiece also boasts of its ATZ bezel and case. ATZ is said to be one of the hardest materials next to diamond. Its caseband and back bezel are both made of grade 5 titanium as well and are further protected by a white rubber case.


Meek Mill also has a Richard Mille RM11-03 rose gold variant. This timepiece is made with a carbon TPT case and a rubber strap. It is driven by a mechanical caliber RMAC3 movement with a power reserve of approximately 55 hours. It has an annual calendar, an oversized date, and a flyback chronograph functions.


The last Richard Mille timepiece on this list is the RM16-01 “Citron” from the Bonbon Collection. It is powered by a skeletonized automatic winding movement with a 50-hour power reserve. Its front bezel is made of extremely resistant Carbon TPT. The case back, moreover, is made of a yellow Quartz TPT. Meanwhile, its caseband uses a gradient of Carbon TPT and yellow Quartz TPT.


Another brand that we saw on Meek Mill’s wrist is Audemars Piguet. From what we gathered, he owns two variants of the Royal Oak Chronograph. One is a factory yellow gold version while the other one is diamond-covered (as seen in the photo below) from the dial, case, bezel, lugs, and down to the bracelet.
The Audemars Piguet Royal Oak Chronograph is one of the iconic timepieces with its octagonal bezel with eight hexagonal screws and a tapisserie dial.
If you like the look of this watch but not the luxury price, see our affordable Royal Oak alternatives.