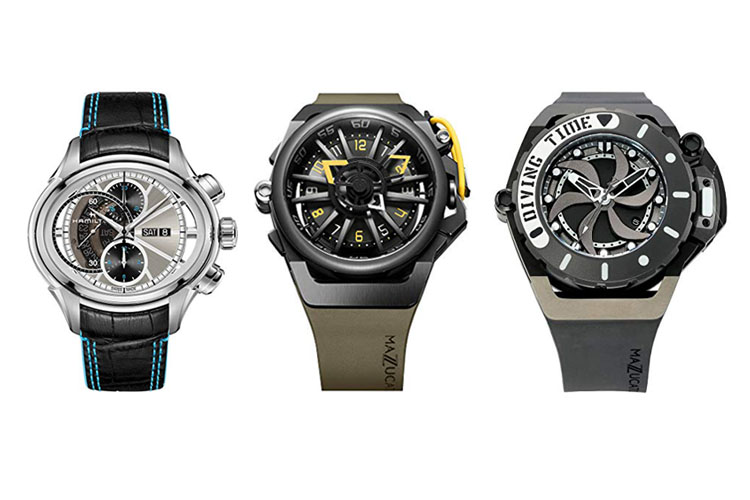 In 1931, Swiss luxury watchmaker Jaeger-Le Coultre introduced the Reverso,  a reversible timepiece that has a dial that can be flipped over and hidden, making the case back face outward. The story goes that British Army officers in India complained about their watches breaking while they play polo. The watchmaker addressed the issue by designing a watch with better protection for the crystal—the case with the watch movement is placed in a separate frame. To protect the watch, the wearer can flip the reversible case, protecting the dial.
Although the Reverso is by far the most well-known reversible watch, there are other brands that have a similar feature. According to records, there are even models with the same features that were released before Jaeger-Le Coultre released theirs.
We wrote an article here on Watch Ranker about alternatives to the Reverso—check them out here.
In this article, we’ll take a look at other reversible watches like the Reverso, and talk about their features. Though this is the most well-known reversible watch model, there are other watchmakers who created their own unique and high-quality versions (and one company who might have used the style before JLC did.


As mentioned in the introduction, the Jaeger LeCoultre Reverso didn’t start out as a dress watch, but as a model used for sports (polo matches at the time). According to history, the polo players asked watch dealer Cesar de Trey to produce a timepiece that could survive the sport. De Trey went to Jacques-David LeCoultre, a French engineer who will eventually work on the unique case. The concept was patented in 1931.
The classic Art Deco model has a rectangular case By reversing the case, the dial is concealed and protected, preventing the watch from getting damages from mallet strokes.
The watch continues to enjoy popularity today and remains one of Jaeger Le Coultre’s most famous models.
There’s the Reverso Classic, which is available in different sizes—like the Classic Medium Thin, measuring about 40 x 24mm; and the Classic Small, about 36 x 21mm. There are also special models like the Reverso Tribute Monoface, which has a small seconds feature, and the Reverso Tribute, which has an open-heart design, as well as two time zone features. When the Reverso celebrated 75 years,  the brand also released the Squadra collection, which traced the company’s polo roots.
See all of the Reverso models here.

The Cartier Tank Basculante, which came out about a year after the JLC model, is an equally elegant and impressive timepiece that would greatly influence watchmaking and watch design in the years to come.
The Cartier Basculante was released in 1934 (the company was making rectangular-shaped watches before JLC). Both the Reverso and the Basculante were created mostly for sports, having a swinging feature that allows the wearer will be to protect the watch case.
What makes the Basculante unique is the swinging frame, which makes the inner case look like it’s on a seesaw (thus the “term bascule,” which means seesaw). Some of the key features include Roman numeral markers and the “secret” Cartier signature in VII. There is also a blue cabochon at 12 o’clock is used to reverse the case, rotating 360 degrees. One of the differences between the JLC and Cartier models is how they’re flipped—the former is turned on a horizontal axis, and the latter is turned vertically.
Unlike the Reverso, which had many iterations in the decades that followed, the Basculante did not have an independent collection. The watch was discontinued in the past decade.

Hamilton, currently based in Switzerland but has its roots in Pennsylvania, which has been around since 1892. The brand, which first created pocket watches and moved on to supplying field watches to the US Armed Forces, started creating wristwatches in 1917.
The first Hamilton Face 2 Face model was first released in 2013 and was updated after a few years. The Hamiton Jazzmaster Face 2 Face is a limited-edition model with some tweaks on the movement and design layout.
The Face 2 Face II model has a rotating case that pivots horizontally, giving the wearer access to two watches (and different time zones). The rotating case has two dials, one is a “boy racer” chronograph (a passing-through chronograph seconds hand), and the other is a three-hand watch. Both dials have skeletonized rotor in an oval-shaped case.
Powered by H-41 caliber, the watch has an automatic movement, and measures about 14 x 28mm. It has a stainless steel case, sapphire crystal, and water resistance to 50m. This model only has 1,999 pieces available.

Universal Geneve is a Swiss luxury watchmaker that has been around since 1894. The brand is known for its craftsmanship and is known to be one of the first watchmakers to make the first-ever chronographic wristwatch in 1917.
The Universal Geneve Cabriolet was introduced in 1929, which means that its release came years before the Reverso. This did not reach the same popularity as the JLC model. It’s not clear what inspired the watchmaker to create the design, but it’s undeniable that this was a revolutionary idea.
The watch has a square case sitting in an outer frame that can be turned 180 degrees. There is a screw at 3 o’clock, allowing the wearer to pop out the inner case. Its crown is uniquely positioned at 6 o’clock.
According to this article, one of the problems of this model has something to do with the balance spring, which was too big. The watch only made one comeback in 2008, as a limited edition for Geneve Cabriolet centennial.
This watch is no longer on sale, but you can still find a number of similar Geneve Cabriolet models on eBay.
The Universal Geneve Microter Cabriolet, one of the watches released in 2008, about 80 years since the release of the original Cabriolet.

“Never Boring“: this is the tagline of Italian watchmaker Mazzucato. Designed by Simone Mazzucato in Milan, the company creates cutting-edge designs that are not only unique but boasts of high quality as well.
The brand has a line of reversible watches such as the Mazzucato Rim automatic watch, which has a reverse system that allows the wearer to invert the case in both directions. The watch has a click feature that tells that the case is securely locked in place.
The 48mm case is made of 316L stainless steel and has a double domes K1 glass with an anti-reflective coating on both sides. The rim face has a three-hand auto feature, while the Chrono face has a center seconds hand and a 12h, 4h, and 8h counter. The water resistance is up to 50m. The Rim line has a number of color options like yellow, blue, black, and gray.
There is also the Mazzucato Rim Scuba, a line of diving-inspired watches. This has the same reverse system and size as the Mazzucato Rim, but has a higher water resistance of 100m (which does not make it a watch for scuba diving—just light water activities like swimming or snorkeling).
See all of the Reversible Mazzucato watch models here on Amazon.