Carmelo Anthony, also called Melo, Hoodie Melo, Sweet Melon, Mel, is currently starting power forward for the Portland Trail Blazers. As an NBA professional player, he has already been an NBA All-Star ten times and a member of the All-NBA Team for six times. Prior to the Portland Trail Blazers, Anthony also played for the Denver Nuggets, New York Knicks, Oklahoma City Thunder, and the Houston Rockets.

In college, he played for the Syracuse Orange, which won the national championship in 2003. Anthony was just a freshman then yet he was awarded as the Most Outstanding Player of the NCAA Tournament that year. Anthony played for Syracuse Orange for only one season before entering the 2003 NBA draft. He was the third overall pick of the Denver Nuggets.

Anthony has also been part of the US national team for the Olympics. He participated in the 2004 Athens, 2008 Beijing, 2012 London, and 2016 Rio de Janeiro Olympic Games. He won a bronze medal in 2004, and then three gold medals. 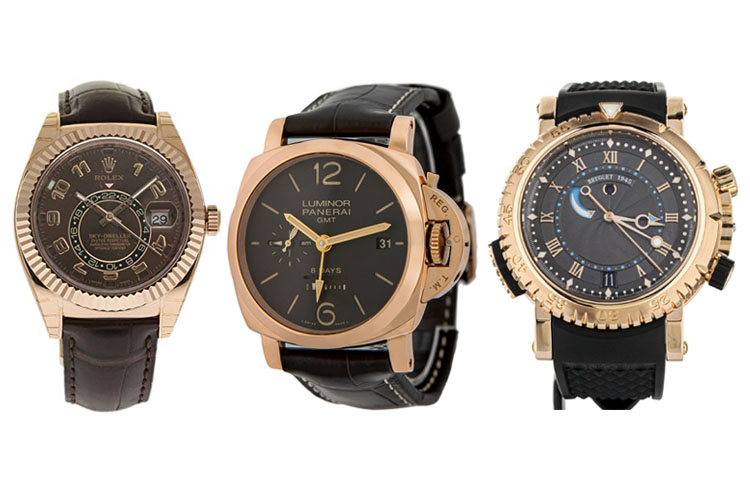 Aside from being a skillful player, Anthony is also a self-proclaimed watch guy. According to him, he owns at least 20 watches that are being kept in a custom-built display case. For him, collecting timepieces is comparable with a woman’s collection of handbags. In one of his interviews, he also stated:

“I don’t like to boast, but I am like one of the first guys [in basketball] to embrace the world of timepieces and watches. I know the history for each brand and [I like] sharing that knowledge with everybody else.”

Well, we won’t name all the 20+watches in his collection but we’ve listed here a few:

We’re starting the list with the most luxurious timepiece we’ve spotted on Anthony’s wrist: the Greubel Forsey GMT. Costing more than half a million dollars, it sure is worthy of some boasting.

This unique-looking timepiece is packed with several useful functions, including GMT, a second time zone, a rotating globe, a GMT pusher tourbillon 24 secondes, the universal time on 24 time zones, summer and winter times, and a lateral window showing the equator and southern hemisphere. All these are powered by the GMT Movement 5N.

Even the materials used are meticulously and elegantly combined to build the elegant timepiece: the case is platinum while the dial is of black gold.

The Rolex Sky-Dweller is a collection designed for frequent travelers. It is luxurious and among the more complex Rolexes. It is equipped with a dual time zone, an annual calendar, and a month indicator. Controlling all these functions is the ring command bezel. More so, it is being driven by an in-house automatic 9001 movement. They are all fitted in a 42mm case, which seems large enough for tall people like Anthony.

Anthony also has a couple of Rolex Yacht-Master II – one in 18k yellow gold and another in stainless steel. Both are undeniably huge watches, with a 44mm case. They are also built with the Rolex ring command bezel made of Cerachom ceramic. Anthony’s Yacht-Masters also have the same style – same dial layout, white background, blue hands, red seconds hand, and countdown hand.

If the Sky-Dweller is designed for travelers, the Yacht-Master, on the other hand, is designed for yachtsmen. As such, all Yacht-Master models are fitted with a regatta timer, which can be controlled using the ring command bezel mentioned above. Further, the regatta timer is a complication that will not be maximized by an ordinary watch enthusiast. Yacht-Masters are being driven by a self-winding caliber 4161 movement.

This timepiece boasts of an alarm function, which is why its dial has an extra hand with a short arrowhead in blue LumiNova. Powering it is the watch’s automatic self-winding movement. Regardless, it also has a water resistance of up to 300 meters.

Since Anthony is also a car collector, the Hublot Ferrari Unico Carbon seems very fitting for his lifestyle. It is a limited edition luxurious sports watch with only 500 pieces created.

Capturing every watch enthusiast’s attention is its skeletonized dial that reveals the watch’s in-house HUB 1280 automatic chronograph movement with 330 components and 43 jewels. The materials used for the construction of the timepiece are also equally impressive. The case is made of carbon fiber while the bezel is made of ceramic with titanium screws.  Both materials are extremely tough yet lightweight and comfortable to wear. If you like the look of this watch, check out these affordable Hublot Big Bang Alternatives.

Last on the list is a dress watch – the Panerai Luminor Marina 8 Days Oro Rosso. Anthony’s piece in particular comes with a rose gold case and a brown leather strap. Panerai boasts that the gold used for the case is a special alloy patented with the name Goldtech. This alloy contains a small amount of copper which gives the red hue, and platinum to prevent the metal from oxidizing.

As with the other models from the Luminor Marina collection, it has a seconds-indicator at 9 o’clock. Its dial is brown and comes with stick hour markers and luminous hands. There are also Arabic numerals at 6, 9, and 12 o’clock. It is driven by a manual-winding movement and boasts of an 8-day power reserve. If the price is too steep for you – see these Luminor affordable alternatives that honor the look and style of a classic Panerai.

While we won’t dispute Melo’s claim to being the “first” NBA player to collect watches it is worth noting that Kobe Bryant had an impressive watch collection.

Michael Jordan loves watches and Lebron James has quite a watch collection also.