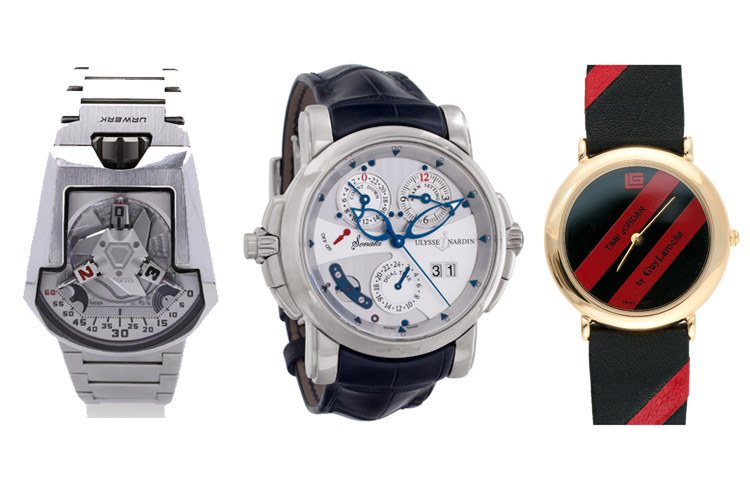 For this post, we will talk about the watch collection of The GOAT or The Greatest Of All Time, Michael Jordan. He is also known by his initials – MJ, and as “Air Jordan” and “His Airness” because of his special ability to ‘fly’ his way to the basket. Undoubtedly an NBA legend, Michael Jordan is a six-time NBA champion with the Chicago Bulls, five-time NBA MVP, and a 14-time NBA All-Star. Although he is already retired, he is still part of the basketball sphere since he now owns the basketball team Charlotte Hornets. He also remains to be greatly influential to many and so one of the sought-after ambassadors for different brands.
Recently, ESPN released a Michael Jordan documentary entitled The Last Dance. This docu-series features behind-the-scenes clips, never-before-broadcast interviews with Jordan and the other players of the Chicago Bulls. Shortly after its release, The Last Dance has become ESPN’s most-watched of all time. From the said documentary, many have noticed and realized the vastness of His Airness’ watch collection. If you are one of the curious fans, we’ve compiled here some of the timepieces that form part of Jordan’s watch collection.


Even before A. Lange & Söhne became a widely popular watch brand, Jordan was already seen wearing a first-generation A. Lange & Söhne Datograph. The watch is primarily made of platinum, proving that Jordan is a super-collector when it comes to timepieces. The Datograph is driven by a manual-winding mechanism and has a chronograph, flyback, and date functions. Its water-resistance is rated at 3 ATM.
You can still find some A. Lange & Söhne Datograph Platinum available on eBay if you want to see what they are currently going for.

While most other celebrities and NBA players are seen wearing the iconic Audemars Piguet Royal Oak, His Airness opted for a model from a lesser-known AP Collection, the Millenary. The Audemars Piguet Millenary comes with an automatic movement, a white gold case, a scratch-resistant sapphire crystal, a mother-of-pearl dial, and a crocodile-textured leather strap.

Jordan’s 42mm Cartier Ballon Bleu is built with a white gold steel case, a diamond bezel, and a scratch-resistant sapphire crystal. It also has a fluted crown that has been decorated with a synthetic spinel cabochon.
On the silver guilloché dial are Roman numeral hour markers and metal blue sword-shaped hands. This analog display is driven by a mechanical self-winding movement.  Several different models of Cartier Ballon Bleu are available on Amazon.

Being a tall guy, Jordan can comfortably wear large-sized watches like the Franck Muller Long Island Perpetual Calendar. It has a 33x55mm rectangular watch case made of 18k yellow gold. On its analog display are Arabic numeral hour markers, day, date, and month indicators, as well as the moon phase. The timepiece is powered by a self-winding mechanical movement.


When His Airness received the Presidential Medal of Freedom from former President Barack Obama, he chose to wear his IWC Big Pilot watch. It comes with a 46mm steel case with a blue dial, and a blue leather strap. Its analog display features day and date functions that are driven by an automatic movement. Aside from this particular timepiece, Jordan was also seen with the limited edition IWC Big Pilot Watch Annual Calendar Antoine De Saint Exupery.


Richard Mille is a brand common among athletes and celebrities, so it is not surprising to see Jordan has one as well. In the photo above, MJ is wearing the Richard Mille RM032 Diver Flyback Chronograph. It is a red-gold variant with a 50mm case that seems to match Jordan’s large build. It is driven by an automatic movement, which mechanism you can see and admire through its transparent dial and sapphire crystal.


For those who don’t know this brand, Roger Dubuis is a Swiss watch manufacturer that takes pride in its luxurious and complicated timepieces with bold and technically-sophisticated designs. One good example is Jordan’s Roger Dubuis Excalibur Spider Pirelli. It is driven by an automatic movement that you can admire through its skeleton dial. Also, it is built with durability as its rubber strap is made from actual tires of a Formula 1 car.

We know that His Airness also has several Rolex watches in his collection such as the Sky-Dweller, the Daytona in Platinum, and the President also in platinum. Apparently, he also loves some bling just like his Rolex GMT-Master II 116758-SANR. It boasts of a solid yellow gold case and bracelet studded with diamonds and sapphires on the bezel, and more diamonds on the lugs.


From the above-listed watches, it is evident that His Airness is also a fan of complicated timepieces. The Ulysse Nardin Sonata Cathedral is one of those. It features a dual timezone, an alarm, and a countdown function as well as a cathedral gong. Moreover, it is built with a 42mm white gold case and bezel, a black crocodile-textured leather strap, and a scratch-resistant sapphire crystal. This complication is powered by an automatic movement.


This last timepiece proves how expansive Jordan’s watch collection is. He was seen with the Urwerk UR-103 several times as well as the UR-202S. But in the photo above, he was wearing the UR-202 White Shark, which is equally cool and unique.
Urwerk UR-202 White Shark is an extremely limited edition timepiece with only 12 pieces released. It boasts of its monochrome design and is made of heavy-duty materials – titanium, steel, and ARCAP. The hour hands are telescopic, with three orbiting and revolving hour satellites. The timepiece is also equipped with two turbines that are connected to the rotor to regulate the winding system.


As a bonus, here’s a timepiece that was inspired and endorsed by Michael Jordan himself – the Time Jordan. It was created and launched by the French designer Guy Laroche in 1985. It was a limited-edition timepiece and a first-ever Michael Jordan watch collectible. Back then, it only cost about $125.
Basketball fans – be sure to check out other MVP watch collections including Kobe Bryant, Lebron James and Carmelo Anthony.