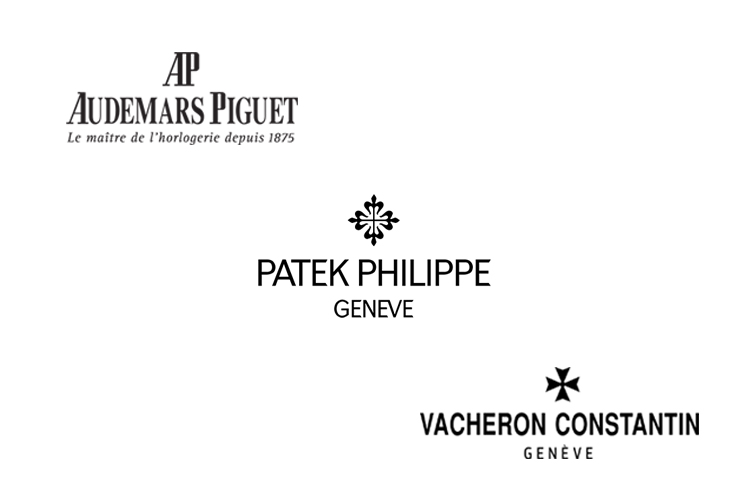 The Holy Trinity of Watches (or also commonly called the Big Three), a name bestowed to three prestigious watchmakers — Vacheron Constantin, Patek Philippe, and Audemars Piguet — for their pioneering spirit, boundless innovation, and transforming the luxury watch landscape. Every industry has leaders who dominate the market and the quality of the products.
The “Holy Trinity of Watches” denotes the three leaders of the world of horology – Audemars Piguet, Patek Philippe, and Vacheron Constantin. While these brands are unique in their own way, they all share a rich legacy, developing in-house movements, impeccable finishing, artful watchmaking, and high-quality craftsmanship. In recognition of their journey to the pinnacle of Haute Horlogerie, these three brands received this name in the 1970s.
You might be wondering, what makes these three brands the Holy Trinity, and who gave them the name? It is a well-known fact that the watch industry is ever dynamic. Any modern technology or new innovation can easily make some brands irrelevant. Going back to the Quartz crisis during the 1970s and the 1980s, the watch industry saw a decline in Swiss manufacturers at the outset of a digital revolution.
Despite these factors, the Big Three have stood strong, radically transforming when needed. But they did so without compromising the traditional methods to produce world-class watches with the highest decadence.
Moreover, these three are some of the oldest brands in the watch industry. Vacheron Constantin dates back to 1755, Patek Philippe to 1839, and Audemars Piguet to 1875. Consequently, watch aficionados associated the term, Holy trinity, to these brands, crowning them the unbeaten kings of Swiss luxury watchmaking.

The watch world stands divided today on associating just these three brands as the Holy Trinity. However, Vacheron Constantin, Patek Philippe, and Audemars Piguet continue to prove they are worthy of the name. Let’s look at the history and milestones of the brands, to understand why they are a league of their own.

Established in 1875, two young watchmakers, Jules Audemars and Edward Piguet came together to realize their passion for watchmaking and creating complicated movements. This saw the birth of the brand, Audemars Piguet, with a rich history and unparalleled legacy. Milestones like the world’s first-minute repeating movement launched in 1892, the first skeleton watch in 1934, and ultra thin-automatic tourbillon in 1986 sealed Audemars Piguet’s fate as a world-class watchmaker. Contemporary achievements include the world’s thinnest perpetual calendar and the world’s first mechanical chronograph with a three-column wheel and independent memory.


The brand’s Royal Oak collection is, by far, the most celebrated and the most successful even today. To this extent, many celebrities like Jay-Z and Arnold Schwarzenegger own the Royal Oak, further increasing its popularity. Audemars Piguet unveiled this collection as a countermeasure to the Quartz Crisis.
With striking never-seen-before design and meticulous detailing, the Royal Oak comes engineered in a hexagonal case with eight screws and an integrated bracelet. This makes the Royal Oak a signature of the brand’s promise to manufacture Haute Horlogerie timepieces.
Based in Le Brassus, this watch brand upholds the passion of its founding fathers. Collections like the Millenary and Code 11.59 boast of the finest artistry of luxury watchmaking. The Millenary collection comes equipped with an oval case to give the viewers a 3D view of the movement. Code 11.59, on the other hand, showcases a dual self-winding chronograph, perpetual calendar, and double curved sapphire crystal. These watches have more to the story than what meets the eye. A closer look will tell tales of its bold architecture and refined materials for a unique experience.
Audemars Piguet’s exquisiteness reflects in the price as well. Given their high-end price brackets, these watches are not for all. But, you can read our alternatives to the Royal Oak collection here, to get your hands on something similar at an affordable cost.

Originally launched in 1839 by Antoine Norbert de Patek and François Czapek, the watch company re-established itself as Patek Philippe in 1851 after getting Jean Adrien Philippe on board. The former founding members launched the company, driven by their passion to create pocket watches. However, they couldn’t make the partnership work and separated around the time Antoine Norbert de Patek came in contact with Jean Adrien Philippe.
Philippe, on the other hand, was steadily rising to fame for his keyless hand-winding mechanism. Thus began the story of Patek Philippe as we know it today.
As decades passed, Patek Philippe claimed its spot with the upper echelons of the luxury watchmaking business. To this extent, Patek Philippe remains one of the most prestigious brand alive today. Some of its loyal patrons being Queen Elizabeth II, Princess Diana, Albert Einstein, Nelson Mandela, and Leo Tolstoy, among many other global leaders.

Year after year, Patek Philippe launched new inventions. In 1863, they introduced their first tourbillon watch. In 1925, they unveiled their first-ever perpetual calendar wristwatch as part of the Patek Philippe Calendar Chronograph collection. Remarkably, the brand holds up to 100 patents for its inventions that reshaped the world of luxury watchmaking.
Celebrating the brand’s 150th anniversary, the brand introduced Calibre 89 with over 30 complications inducing sunrise time and perpetual calendar accounting for leap years. As of 2020, Patek Philippe also holds the record for the most expensive wristwatch sold at an auction at about 31 million dollars.
Driven by their philosophy, “You never really own a Patek Philippe. You merely look after it for the next generation”, the brand value is a testament to the quality and durability for many years. The Grand Collection, is one such edition, embodying Swiss watchmaking legacy with Patek Philippe’s magic. Above all, the brand created its own certification, called the PP seal. Awarded to only those watches fitting the highest standards of precision and accuracy, the PP seal stands recognized globally.
To date, Patek Philippe makes watches with multiple complications in unique, luxurious designs, proudly befitting the name of the Holy Trinity of Watches.
Read here to know more about Patek Philippe and why they are so expensive.

The oldest of the Holy Trinity, Vacheron Constantin, set up shop in 1755 in Geneva. Famously recognized for making a watch with the most complications, Vacheron Constantin continues to illustrate its rich history and legacy as of today. Creating a watch with 57 complications and 2,826 components is no easy feat. However, for Vacheron Constantin and its elite Haute Horlogerie team called Les Cabinotiers, this comes as a result of their 266 years of watchmaking knowledge.
The Les Cabinotiers was born in the 18th century with the soaring demand for custom-made watches. As of the present day, this group personifies one main element, to preserve its age-old tradition of watchmaking. Some of the brand’s most prominent clients include King Fuad I of Egypt, Monarch of Patiala, Napoleon Bonaparte, and many other Royals. Even Hollywood celebrity Marlon Brando received a Vacheron Constantin with a handmade guilloché dial to celebrate his Oscar win.


The brand’s rich craftsmanship and attention to detailing dates back to the 1800s. For instance, the brand’s first gold pocket watch with the map of Italy engraved on it showcases the fineness of watchmaking. In 1869, they launched a marine chronometer, paving the way for new discoveries in the world of scientific horology. In 1880, the brand trademarked its Maltese cross logo, showcased on watches till today.
From the 1920s, Vacheron Constantin began its journey with complex complications, the first being the grand complication pocket watch, then the first world time watch with 31 time zones. Subsequently, timepieces with ultra-thin movement, chronograph with tachymeter scale, and thinnest minute repeater graced the world of horology.
In 1996, the Richemont Group acquired Vacheron Constantin. Yet, the brand continues to produce high-quality, state-of-the-art, mechanical watches, unlike any other brand. The Historique Collection pays tribute to the brand’s legacy by upholding its values. The Overseas Collection, most famous of all, showcases chronographs, world timers, moon phase, and tourbillons. The Patrimony Collection epitomizes classic design with elegance and sophistication. Finally, the Traditionelle Collection expresses Geneva’s Haute Horlogerie traditions worthy enough to last many generations.
It’s no surprise that brands that make up the Holy Trinity of Watches are still considered three of the Best Swiss Watch Brands on the market.