If you are in the market for a new watch and you’ve been looking through advertisements for the latest models, you’ve probably noticed a reoccurring theme in every photo: the time on the watches is set to 10:10.

This ubiquitous visual is no accident and can be traced back many decades. Nowadays, whether it’s a clock or a watch, analog or digital, you will almost certainly see a timepiece set to 10:10 (give or take a minute).

So, why is it done, and why do some watch brands slightly tweak this industry standard for their displays?

It’s All About Aesthetics

Billions of dollars are spent by the advertising industry every year and the industry has essentially become a science these days. The gurus responsible for selling you products might like to think of themselves as Don Drapers, but they’re more like scientists in lab jackets working to get the formula right.

Rolex alone is estimated to spend over $50 Million a year on ads and other luxury watch brands like Omega are not far behind.

The science of advertising timepieces goes back to the middle of the 20th century. Clocks and watches were initially set to 10:10 back in the 1930s or 40s for a few related reasons, but they all come down to one simple advertising principle: it made the product look good.

The main reason that the hands-on a watch are set to 10:10 is that it ensures the logo is visible. On essentially all timepieces, the name of the manufacturer is displayed prominently in the upper middle portion of the clock face. Setting the hands to that specific time keeps the hands from blocking the logo.

Furthermore, by setting the hands at a right angle to each other, they end up creating a frame for the company name that draws the eye to it.

Now that you know the reason, doesn’t it seem obvious?

Speaking of watch ads. If you’re interested, here is a compilation of some of the best luxury watch advertisements. You’ll notice a lot of watch faces in the video are set to 10:10…or pretty close to it.

Are You Smiling At Me?

There is actually one other reason for setting the clock hands at 10:10 which is maybe a little less obvious but makes perfect sense from a psychological point of view.

When the hands are pointing to the 10 and 2 on a clock, they conjure the image of a smiling face. The upward trajectory of the hands-on a clock set to 10:10 is a much happier image than the “frowning” face of a clock set to, for instance, 3:40.

The tendency for people to see faces in everyday objects and random structures is well documented and even has a name: Pareidolia. Advertisers know all about this phenomenon and use it to make subconscious suggestions to their target audiences.

These days, it’s still unusual to see an ad for a watch or clock that doesn’t follow this convention because, almost 80 years after it was first introduced, these aesthetic principles still hold true.

Even digital watches display 10:10 as their default because it’s the industry standard and it would be odd to deviate.

Yet, there actually are companies that deviate from this standard, albeit slightly. One of those companies is Apple, who only recently got into the watch business. So, is there a good reason for going against tradition?

Before we turn to the rebels, let’s take a moment to address the erroneous theories that have popped up to explain why timepieces are set to 10:10.

One of the most common ideas is that timepieces are set at 10:10 to mark the time of death for a notable public figure. There are various versions of this theory suggesting that the display honors John F. Kennedy, Martin Luther King, Jr., or even Abraham Lincoln.

A quick search for the time of death of these three historical figures reveals that none of them died at 10:10.

Even if they had, though, or if there were some other historical titans that had passed away at exactly ten minutes after 10, setting clocks to 10:10 would be a very strange way to commemorate them, wouldn’t it?

Yes, it would be, which is why that is not the reason timepieces are set to that time.

Also, to address another theory, that specific time was not the minute at which the atomic bomb was dropped on either Nagasaki or Hiroshima.

Why are alternative theories always so morbid?

Whatever the reason that led people to come up with these explanations, they are all wrong and, with a little consideration, patently absurd.

Specifically, Apple watches are set to 10:09 and 30 seconds. It’s a slight difference, but an intentional one.

Apple was not the first watch manufacturer to thumb their noses in the face of tradition. While esteemed manufacturers like Rolex and TAG Heuer set their watches to 10:10. 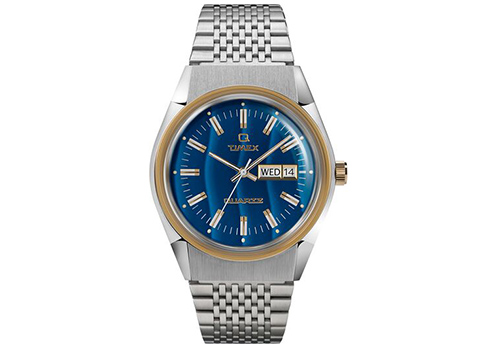 Timex, an American-based company, has its clockfaces set to 10:09:36. So, are Apple and Timex just trying to be different for the sake of being different?

Well, yes and no. In fact, there has always been a deeper meaning to Apple’s advertising display images. Every iteration of the iPhone is displayed with the time 9:41 because that was the time when the groundbreaking phone was first displayed to the public.

Apple hasn’t given a definitive explanation for setting their watches to 10:09. It appears, though, that they are tipping their hat to their forebearers in the watchmaking industry why also subtly suggesting that they are just a little bit ahead of the game compared to their competitors. It’s perhaps the subtlest way anyone has thrown shade in history.

There is an alternative explanation for Apple setting their watches to 10:09:30 which says that the display is technically more symmetrical that way.

It’s not an unreasonable explanation, especially considering Apple’s love of aesthetics, but it’s more fun to imagine a little professional one-upmanship is at play.

Whatever the exact reason for Apple’s choice, it’s clear that they have been inspired by the historical example of the watchmakers that preceded them.

It will be interesting to see if watchmakers continue to follow this trend well into the future, but it seems clear that 10:10 will remain the right time for now.