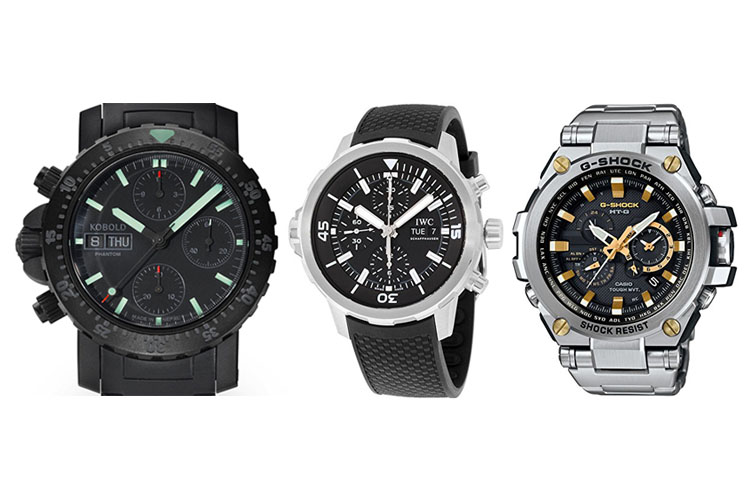 Hawaii Five-0 is a long-running police procedural action television series, with the recent iteration debuting back in 2010 with the last episode airing in 2020. Yes, you read that right. This series is a remake.
The original Hawaii Five-O ran from 1968 to 1980, so we know where the remake gets its longevity from. The series centers on a special police task force that fights organized crime in Hawaii.
The main character of this series is Steve McGarrett, played initially by Jack Lord and currently by Alex O’Loughlin in the remake. His partner is Danny “Danno” Williams, portrayed by James MacArthur in the original and by Scott Caan in the remake.
The 2010 remake series has also garnered several acclaims and awards throughout its decade-long run.
In this article, we will be highlighting the super cool timepieces worn by the main characters of the show. Before that, though, let us first go through some nifty facts that you might not know about this beloved American television action series, both in the original and remake.

Who Used the ‘Five-O’ Slang First?

While the term ‘Five-O’ is synonymous with cops, did you know that the original series started the whole trend? Yes, the slang ‘Five-O’ denoting to the police began with the original 1968 series and was not an official call sign of our guys in blue. As for the term Five-O, it makes sense as Hawaii is the 50th state of America.

The Controversial Banned Episode from the Original

During the original run of the series, a somewhat controversial episode titled “Bored, She Hung Herself” was officially banned and is still not available for viewing to this day. This predicament is due to the storyline revolving around a fictional type of yoga that required a noose.
As you would expect, somewhere out there, a viewer tried to emulate this “technique” and accidentally hanged and killed themselves. After that tragic death, the producers decided to remove that episode altogether in future syndication and reruns.

After the original ended its run in 1980, the studio tried to reboot the series twice but unfortunately failed. The first attempt was in 1996, and Gary Busey and Russell Wong were attached to star, but the pilot episode never even aired.
The second attempt was in 2008, but this one didn’t even make it past the scriptwriting process. Finally, everything fell into place in the third attempt, which premiered in 2010 and had a decade-long solid run.

Differentiating the Between Original and Remake’s Title

A subtle change in the title was made to help separate the remake from the original that you might not even be aware of. The original title uses the alphabetical letter ‘O’ while the remake uses the numerical ‘0’, but this clever change is virtually unnoticeable depending on the font.


During the early seasons of the Hawaii Five-0 reboot, we see that Steve McGarrett prefers wearing the hardcore Kobold Phantom Black Ops, which fits perfectly with his character. The Kobold watch McGarrett wore here appears to use a NATO strap rather than the black stainless-steel bracelet.

One particular aspect of Kobold watches is their incredibly durable and tactical design. This watch is also often seen with U.S. Navy SEALs which gives you a good idea of its overall reliability in the field.
We love the black matte DLC-coated surgical-grade stainless-steel case and the black chronograph dial. The whole appearance of the Kobold watch exudes that spec ops feel. There is also the luminous-green hour markers and hands that assist in its application in low-light environments.
Packaging is also a highlight of the Kobold Phantom Black Ops, with its remarkable wooden box that heightens its overall charm.
Another notable element of the Kobold Phantom includes its 300-meter water resistance build, making it suitable for most marine activities such as swimming, snorkeling, and scuba diving.


The exact black with yellow accent Aquatimer model is quite difficult to find new nowadays, but the watch line is still a prominent fixture in IWC’s catalog.
In later seasons, McGarrett wears an IWC Aquatimer Chronograph watch with a yellow accent bezel.

The IWC Aquatimer became McGarrett’s preferred timepiece as this is the watch we often see him wearing throughout the entirety of the series. The watch itself features a robust and sleek design that complements McGarrett’s “shoot now, talk later” all-action approach.
This IWC Aquatimer model features chronograph functionality, and as such, incorporates the traditional three sub-dial aesthetic. There is also a day and date display located at the 3 o’clock position and a nifty dive bezel with a distinct yellow accent that helps break the triple combo black aesthetic of the case, dial, and strap.
The proverbial main dish is the horological structure within which features a heritage-rich Swiss-made self-winding automatic movement. If prestige is an essential requirement in your timepiece, the IWC Aquatimer most certainly meets those criteria.
As we have noted prior, this particular black with yellow accent IWC watch model is pretty hard to find although you can sometimes find this IWC model on eBay.


Fan-favorite Chin Ho Kelly (played by Daniel Dae Kim) wears a G-Shock MTG-S1000 stainless-steel model. Alas, this specific MTG-S1000 is also quite challenging to find in most online shops except for eBay.

One of the biggest hurdles concerning an all-steel or metal G-Shock is whether it retains its outstanding shock-resistance quality. With the MTG-S1000, the answer is a resounding yes. The MTG series includes some of the top G-Shocks watches you can get. This watch exudes a premium-grade appeal that its resin case counterparts cannot achieve.
With high-quality, durable construction, the MTG-S1000 brings that signature G-Shock toughness along with an enhanced multi-function thanks to its Bluetooth connectivity. At its heart lies an advanced Japanese quartz movement to keep its timekeeping capabilities on point.
The ability to connect to a smartphone and gain access to several apps further enhances the performance of the MTG-S1000 while also allowing users to customize their experience based on what they need.
Such a high-level multi-functional timepiece will fit right at home with thrill-seekers, athletes, and in the case of Chin Ho Kelly, the badass member of the special ops group – the Five-0.
If you like this article, check out other watch spotting from similar tv shows: