Tenet is a film by Christopher Nolan, and if you know the body of work of this filmmaker, you know what you are in for in this science fiction action film.

First, Nolan re-energized the flailing Batman film franchise with his “The Dark Knight Trilogy”. Then, he gave us one of the most exciting and innovative science-fiction action flicks in recent memory, Inception. So, you can just imagine what type of mind-bending film he can conjure up with the premise of time travel.

The film stars several talented and Nolan-staple actors such as Robert Pattinson, John David Washington, Kenneth Branagh, and Michael Caine. The film centers around agents who have managed to manipulate time to stop a cataclysmic event threatening to destroy the world. That plot piques our interest, and with Nolan at the helm, you can expect twists and turns galore.

As you would expect from a time travel flick, Tenet also features some eye-catching timepieces designed and manufactured specifically for this movie.

But before we head on over to the watches, let us first broaden your knowledge about the film a bit more with a handful of fascinating factoids. 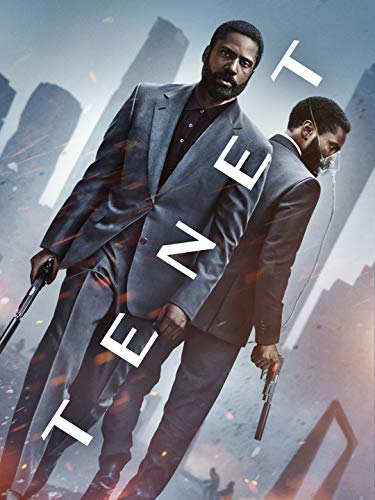 The Title is a Palindrome

You might have already noticed this little detail, but for those who haven’t – did you know that the movie’s title is a palindrome? A palindrome is a word that is spelled and read the same, both forwards and backward. For a film focusing on time travel, a palindrome title is a pretty fun detail to add.

Nolan is known for experimenting with every facet of the film-making process, so you can bet that nearly every detail in the film was meticulously designed – even the title itself.

As an actor, you would expect to be given a scene from the film you are trying out for in the audition. This standard is not the case in Tenet, though. The film was steep in secrecy from the get-go. As such, the actors in the movie were given scenes from other movies, like The Matrix, for their audition.

Once the actors managed to nail the audition process using scenes from The Matrix, they were later flown into Los Angeles to meet with Christopher Nolan. Talk about next-level CIA stuff.

Tenet Was a Long Time Coming for Christopher Nolan

Tenet has been in the cooking pot for quite sometime before its release in 2020. Christopher Nolan has been working on the film for about two decades. Nolan wanted to bring a new layer to the time travel genre, so he did his research for nearly 20 years.

The result? Well, a thrilling and mind-bending science-fiction film that needs multiple viewing to grasp all the minute details and information fully. Don’t be frustrated if some elements of the movie went over your head on the first viewing, as Nolan took close to two decades of homework and research to build the plot for Tenet.

With the film revolving around the flow of time, certain scenes wherein time goes backward are pretty entertaining and mind-blowing. However, did you know that some of the time-reversal scenes did not utilize any sort of special effects? Yes, some of the reverse time scenes in the movie were not done during post using special effects but were shot with the actors physically moving backward in real-time.

One notable scene involved Kenneth Branagh needing to memorize his lines in reverse… with a Russian accent. Making and shooting Tenet sounded like a daunting task for everyone involved, making me appreciate the film even more.

The movie has several incredible scenes, but one of the most memorable was the airplane crashing into the hangar. So, how did you think Nolan and his team accomplished that scene from the movie? Special effects? Miniature? Well, they got a plane and crashed it into a building. Yes, that shot was as honest as you get, and the result was one of the film’s highlights.

The Agent and The Handler (Played by John David Washington and Robert Pattinson, respectively)

Check on Amazon | See on Hamilton.com

Hamilton partnered up with Tenet and created a unique limited-edition timepiece for the movie, the Hamilton Khaki Navy BELOWZERO.

The consumer-grade limited edition version of this timepiece features a robust yet lightweight build. Incorporating a light 46mm titanium black case with a black silicone strap, the Hamilton Khaki Navy BELOWZERO LE is surprisingly comfortable to wear despite its rather bulky appearance.

As an alternative to the pop-up digital display, Hamilton instead incorporates a red and blue-tipped second hand that references the watch used in the film. In addition, there are 888 timepieces manufactured, which is also a reference to the movie title, which is a palindrome.

The watch itself is a pretty solid offering from Hamilton, as is expected from their Khaki series. This limited edition Khaki BELOWZERO timepiece comes with a PVD-coated titanium case and rotating bezel with a 15-minute scale.

The rugged industrial design is a nice touch, with the exposed screws providing this watch with a tougher vibe. In addition to the stylish tactical appearance and freatures, the timepiece itself offers an outstanding 1,000-meter water resistance rating, making it an excellent professional dive watch option as well.

Underneath the resilient exterior body is a high-precision Hamilton H10 caliber automatic movement, a design based on the ETA C07.111. The mechanism within the BELOWZERO features a 25-jewel build and a blistering 21,600VPH. Also of note is the solid 42-hour power reserve that the Hamilton H10 caliber provides.

Check on Amazon | See on Hamilton.com

John David Washington also sported another nice-looking Hamilton watch in the movie. Still, we needed to wait until the end to get a good view of his Hamilton Jazzmaster Seaview Chrono timepiece.

This Hamilton timepiece is more refined and dressy than the BELOWZERO model that we see in the majority of the film. The Jazzmaster Seaview Chrono features a polished 44mm stainless-steel case and a black unidirectional rotating bezel. The dial also incorporates a black aesthetic complemented by the luminous Arabic numeral hour markers and silver-tone analog hands.

As the name implies, this is a chronograph watch which means it utilizes three sub-dials. Each of the three displays minutes, seconds, and 1/10th of a second. There is also a date display located at the 4 o’clock position.

Within the refined design of the Jazzmaster Seaview is an equally sophisticated Swiss quartz ETA 251.272 movement. Another notable feature includes the 100-meter water resistance rating.