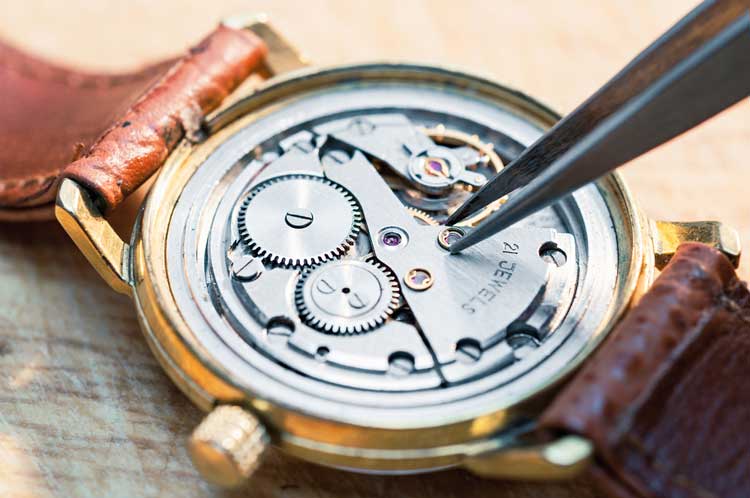 Chances are, right now, you’re wearing a watch. It’s possibly a prized possession or a gift from a loved one. The wristwatch has gone from status symbol to practical necessity and back to status symbol over its illustrious career. Even as mobile phones challenge the need for a watch, people still love them.
No matter how much you cherish your watch, though, it isn’t perfect. Every hour, every second, your watch is losing time. Mechanical watches may lose several seconds a day.

No, you won’t notice it from day to day, maybe not even month to month, but it’s happening. Precious seconds are vanishing. Even the most accurate timepieces that have ever been created will still lose fractions of a second given enough time.
Why must watches lose time and will we ever invent the perfect timekeeper? 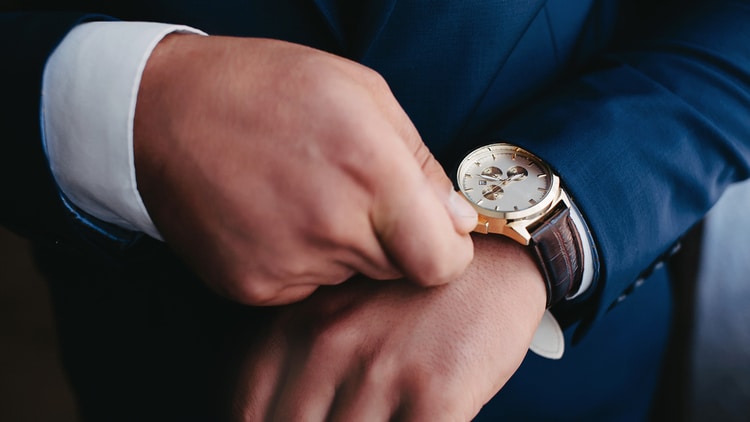 A Short History of Timekeeping

One could argue that the clock was the most transformative invention humanity has ever created. Reaching back to the sundial, mankind found a way to harness time itself and bend it to our needs. Now, with each passing year, our timepieces get more sophisticated and more accurate, and our grasp on time gets firmer. Or so it seems.
In truth, our hold on the fourth dimension has always been tenuous. Time, as the saying goes, marches on, and all we can hope to do is measure it.
The first mechanical pocket watch appeared in 1505, a seminal event in history that, through great strides and inspired developments, has led to this moment: you can now play Candy Crush on your smartwatch. Truly, we are living in the future. We never would have gotten here without the creation of the mechanical watch.

How Does a Mechanical Watch Work?

Mechanical clocks have existed for a thousand years, but it took centuries for inventors to figure out how to miniaturize the process so a clock could fit in your pocket or on your wrist. Though the innards of a wristwatch and a grandfather clock look very different, they are fundamentally the same. The key to timekeeping is oscillation. 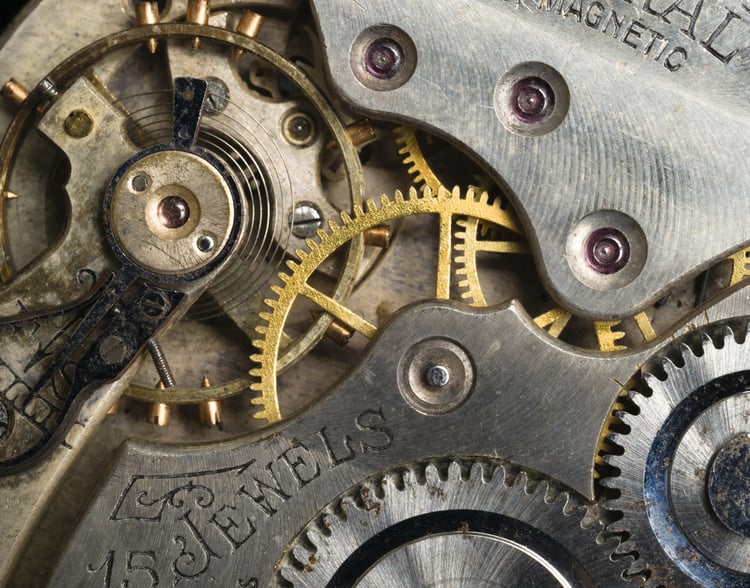 Inside a mechanical watch, you will find a few essential components: the mainspring (energy), gears (or wheels), escapement, and oscillator.
Depending on whether the watch is a manual or automatic winding watch, it will either have an external winding stem (manual) or an internal oscillating weight (automatic).
The mainspring is wound by the stem or oscillating weight, which is how energy is generated, which is then transmitted through the gears. These gears serve multiple purposes.
They transmit energy to the other parts of the watch and they also turn the hour, minute, and second hands of the face.
The oscillator and escapement work together to regulate the energy and provide balance to the timekeeping function (the oscillator is also referred to as the balance wheel or balance spring).
The escapement transfers the rotating energy of the gears into back-and-forth energy that allows for efficient and accurate timekeeping. (This process can be hard to visualize, so here is a helpful video:

How Does a Quartz Watch Work?

Mechanical timekeeping was the only game in town until the 20th century when a Bell Telephone Lab scientist named Warren Marrison developed the first quartz clock in 1927. A quartz clock (or electronic clock) relies on something called crystal oscillation.
Quartz is a naturally occurring mineral that is filled with piezoelectricity, an electric charge. This charge within quartz creates an electric signal that is harnessed for the same sort of oscillation that is created by the oscillator and escapement in a mechanical watch (or a pendulum in a grandfather clock).
By manipulating this intrinsic energy within quartz, an electronic watch can keep accurate time for years.

The first quartz wristwatch available to the public came out in 1969 and was created by Seiko. It was an immediate game-changer.
The 1970s threw the watchmaking industry into chaos, with the sudden deluge of cheaper and more accurate quartz timepieces making mechanical watches seemingly obsolete. It was called the “quartz crisis,” especially in Switzerland where the making of exceptional mechanical timepieces was national pride.
As you can tell, the crisis didn’t last forever. Mechanical watches (and Switzerland) made a comeback in the 1980s, partly due to the emergence of Swatch and their more affordable analog watches.
Eventually, the industry found equilibrium, with high-end watchmakers coexisting alongside their cheaper, factory-line brethren.

Why Are Quartz Watches More Accurate? 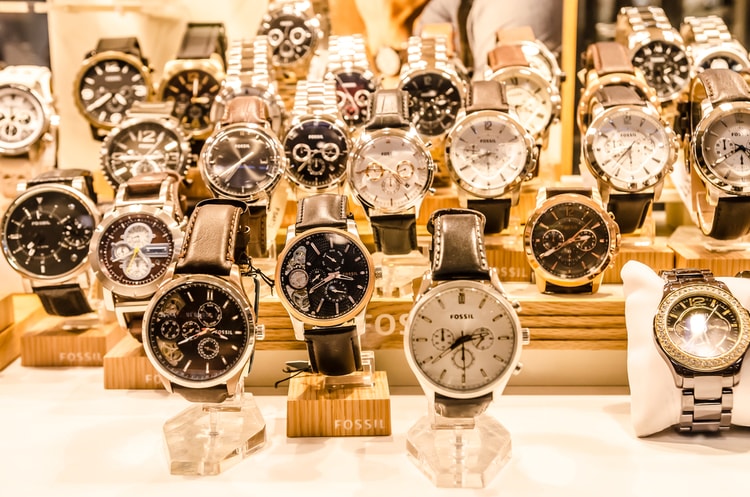 The key to quartz accuracy is the reason that all watches lose at least some amount of time. No matter how much money you spend on your Rolex, it can’t escape a fundamental principle of the universe: friction.
All of those winding wheels and gears within a mechanical watch are bound by the laws of physics. Energy is lost with each turn, with each bit of contact of the teeth. Furthermore, those internal mechanics are affected by other external factors, like gravity and the weather.
The main way that quartz watches avoid these problems is by eliminating most of the moving parts that can be hampered by physical reality. Additionally, the quartz oscillation occurs without the need for an outside power source, so it doesn’t need to be constantly rewound.
Even some of the best mechanical watches will lose or gain two seconds a day, whereas a cheap quartz watch loses only one second every 30 years.
Quartz watches are still made up of physical parts, though, so even at their most accurate, they are losing time. Modern watches are made with features that can help prevent the effects of temperature and gravity, but the Laws of Thermodynamics are not so easily bypassed.
Some high-end quartz watches do have jeweled movements that reduce friction and make for smoother functioning of the watch, it also causes the watch to lose less time making them more accurate.

Are There Any Completely Accurate Watches?


The short answer is, no. The slightly longer answer is, not yet. Timepieces are getting more accurate, though, and the highwater mark right now has been set by atomic clocks and watches.
Atomic watches are still quartz-powered, but the time is regulated by a signal received from an atomic clock. Some examples of this are Casio’s Multi-Band 6 Atomic Timekeeping technology, Seiko’s Astron GPS line, or Citizen’s Atomic Timekeeping (AT) line of radio-controlled watches.
As of 2021, many consider the Citizen Caliber 0100 to be the most accurate watch available with annual accuracy of ±1 second! The surprising thing is that Citizen achieved this without using synchronized data radio-controlled atomic clocks or satellites
Every day, an atomic watch is reset by this signal, not that you would notice if it missed a day: an atomic watch loses one second every 100 million years.
Knowing that quartz watches are far more accurate than mechanical watches might make you wonder why anyone would ever buy the latter. Well, the loss of a few seconds in a day isn’t going to affect most people’s lives much, especially if you take the time to rewind your watch every couple of days or so.
If absolute accuracy is what you demand from your timepieces, think atomic, otherwise, don’t waste another second worrying about lost seconds.