Why Watches Have Rotating Bezels – And How They Work 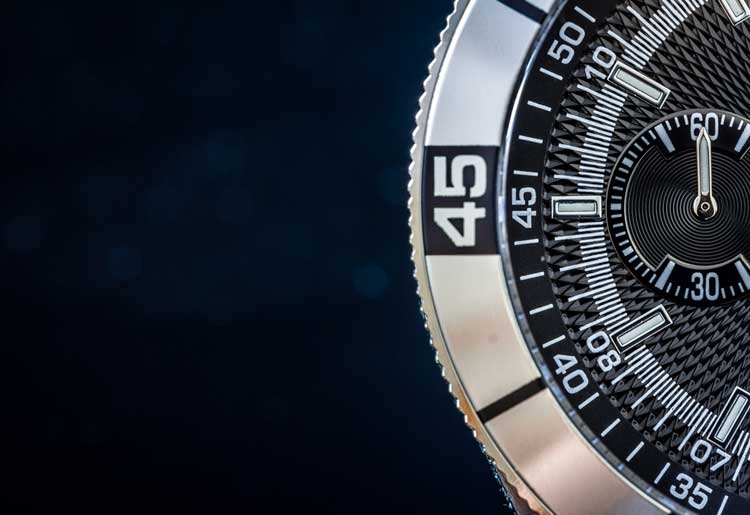 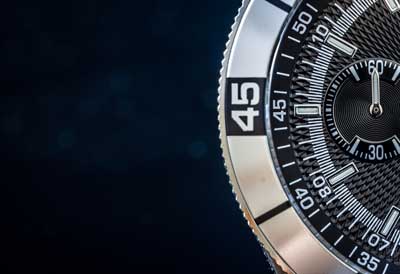 The watch is the next best invention after the clock. It may come as a surprise to you, but the first watches appeared as early as the 16th century in Germany, and the credit is given to Peter Henlein. The watch has evolved enormously over the centuries, in line with emerging technology. Dive watches were later invented, later innovations from brands such as Omega and Rolex to seal them from water damage and be used as a useful tool for underwater divers.
A watch bezel is the rotating outer ring found on many dive watches. While some bezels are stationary, most rotate uni-or-bi-directional and are graduated into 60 divisions. These markings correspond to 60 minutes in an hour and allow the diver to track elapsed time underwater and calculate the remaining oxygen in their tank.
Soon after the invention of the watch, it became obvious that, since a watch was something that a person would carry around on their person wherever they went, it could be made to perform additional functions as well. It is with this in mind that rotating bezels were integrated into watches.
So, why do watches have rotating bezels? What the heck is a bezel Anyway? Let us seek the answers to these two questions, which are part of each other.

What is a Rotating Bezel?

A rotating Bezel is part of a dive watch – in fact, it is the most vital component, which distinguishes itself from regular watches. A bezel is an outer disc that is graduated into 60 divisions corresponding to 60 minutes. It can be rotated so that the zero arrow is aligned with the 12 o’clock position on the watch. The 60 divisions on the bezel mark an hour, corresponding to the time that oxygen in a standard scuba oxygen tank usually lasts.

How To Use a Watch Bezel 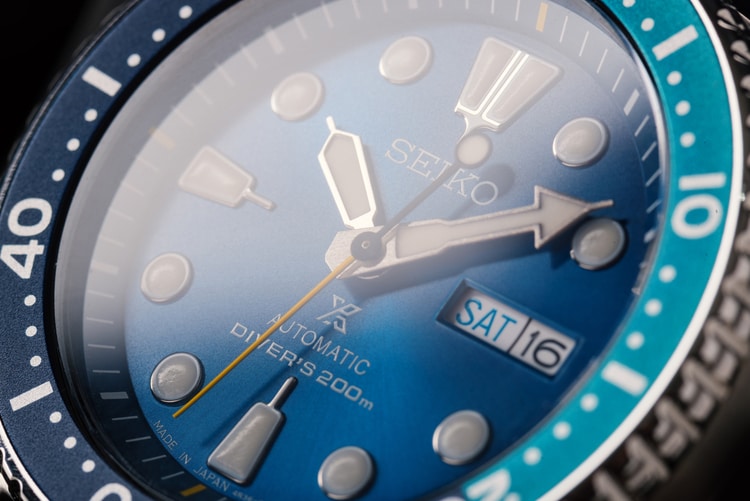 Before a diver dives into the water, they position the red arrow on the bezel on the 12 o’clock position on the watch. The graduations on the bezel can either be from 0 to 60 or from 60 to 0, these markings provide the diver with a way to track the minutes that have elapsed during the dive. The remaining time left from an hour can be estimated so that the diver has sufficient oxygen to ascend back to the surface.
The diver’s underwater time, or “bottom time” as it is more popularly known, is a vital statistic of any diver. This is so because after a particular time has elapsed, the body tissue begins to absorb compressed nitrogen. Once this begins to happen, the diver cannot immediately ascend but needs to wait for a period of time at a particular depth to decompress or “off-gas” the accumulated nitrogen in the body. 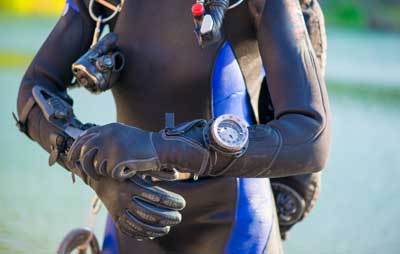 Due to the above reason, the diver usually follows the “120 Rule,” which states that the maximum time in minutes that a diver can spend at a particular depth is equal to 120 minus the maximum depth. Therefore, for an 80-foot dive, the diver’s bezel will show a no-decompression limit of 40 minutes.
If a diver exceeds this time, then extra time should be spent underwater as a “penalty,” depending on the depth. Divers need to ensure that enough oxygen is available to last for that particular period; this is why the first 15 to 20 minutes on a bezel are often highlighted on the bezel in another color.
This is the primary use of a standard diving bezel, but there are several types of watch bezels, including bezels that serve as tachymeters, compass for tracking world time, and much more.

The History of Rotating Bezels in Watches


The rotating bezel first made its appearance in dive watches in the 1950s – borne out of necessity and the recommendation of divers who needed a means of tracking time at the bottom with their waterproof watches. Although a form of the bezel was introduced in the 1930s by Rolex, it wasn’t until 1953 that Blancpain, Zodiac, and Rolex launched diving watches with a fully-developed Bezel.
Blancpain also introduced the unidirectional bezel, a provision that addressed the problem of the bezel being accidentally knocked during a dive. If that occurred, then the worst that could happen
would be that time would be subtracted from the dive, but it would eliminate the danger of overstaying at the bottom.
In the late 1960s, the bezel got moved by some manufacturers under the crystal in a bid to keep it protected from getting accidentally knocked. An extra crown got added to these models, and this is how the “twin crown” dive watch was born. This type of internal bezel is used in dive watches even today.
In 1967, Doxa introduced a no-decompression scale on bezels
This was apart from the usual time markings. The Doxa dive watch formed a rudimentary “diving computer” to guide the diver regarding “no-deco” time for each corresponding depth. Watches with these features are still available to this day on their current watches, including their Doxa Sharkhunter. Read more about the Doxa watch brand here.

In 1970, a new model was introduced by Omega called the “Plongeur Professionel” which featured the “Ploprof” with a bulk case with a red button on the side which was the only way that the bezel could be freed for adjustment, and that too with the thumb and two fingers.

Over the years, several different features continued to be added to dive watches, but the principle behind the bezel essentially remained the same.
Today, although computers perform the tasks of determining and monitoring dive stats, the diving watch with its bezel still remains an intrinsic part of a diver’s attire which can be a lifesaver in the event of battery failure or computer malfunctioning.
We hope that the question: why do watches have rotating bezels has been answered.
If you want to see more examples of watches with bezels check out our list of best dive watches under $500 or these amazing deep dive watches with 1000M water resistance and beyond.