What is a Tourbillon Watch? 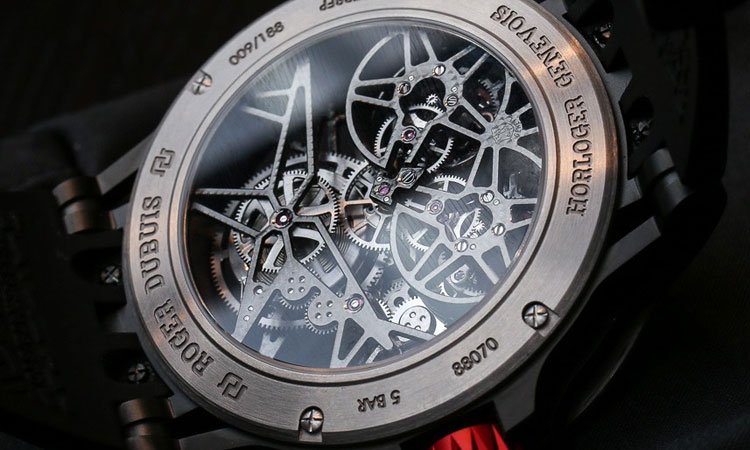 If you were about to pay an exorbitant amount of money on a watch – say something in the six figures ballpark – you’d almost certainly be considering a tourbillon watch. Tourbillon watches are considered some of the most mechanically beautiful timepieces available. The tourbillon was invented by watchmaker Abraham-Louis Breguet around 1795
In a tourbillon watch, the escapement and balance wheel are mounted in a rotating cage. Rotating the entire watch assembly at a slow rate (normally one RPM), the tourbillon averages out positional errors to negate the effects of gravity.  A tourbillon is a mechanical complication only found in expensive mechanical watches.
So, what exactly is the big deal? Why would anyone pay so much for any watch that wasn’t made of diamond-infused pure gold? To understand what a tourbillon watch is, and why one can carry such a high price tag, we need to first unpack a mechanical watch to understand what makes it, well, tick. 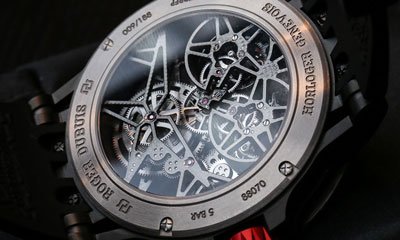 There are many different kinds of timepieces, but for our purposes, all we’re interested in are mechanical watches. The main parts that you will find inside a mechanical watch are a spring (known as the mainspring), the gear train (three separate gears), the weighted wheel, and the escapement.
Mechanical watches can be assembled in various configurations and styles, but they will have some variation on these four parts.
The spring, which is either manually or automatically wound, provides the energy. That energy travels through the gears, through the escapement, and into the weighted wheel.
The weighted wheel, also known as the balance wheel (or just balance) is the equivalent of the pendulum in older clocks: its oscillating motion is the timekeeper.
Watch this informative video for a visual representation of the process.

The mechanical watch is a remarkable invention, but it’s by no means perfect. For one thing, considerable amounts of energy are lost in this process, which is inevitable when that much energy transfer is occurring between gears. In addition to the loss of energy, mechanical parts, no matter how securely designed, are affected by gravity, magnets, temperature, and other outside forces.
All of these factors result in timepieces that grow less precise with time. With different materials and designs, some of those issues had been mitigated, but gravity remained a persistent issue that all horologists faced. Enter the tourbillon.

What Defines a Tourbillion Watch

A tourbillon is a complex mechanical complication found in a small percentage of luxury watches. In a tourbillon watch, the escapement and balance wheel are mounted in a rotating cage. By rotating the entire watch assembly at a slow rate (normally one RPM), the tourbillon movement balances out and negates the effects of gravity and practically eliminating variations in time making them very accurate.  A tourbillon is a mechanical complication only found in expensive mechanical watches.
From an engineering and watchmaking standpoint, the tourbillon watch is an impressive accomplishment. They are aesthetically pleasing and a wonder to admire. Many watch aficionados and serious collectors consider it the tourbillon to be the pinnacle of craftmanship and for many people it would be a “holy grail” watch – one of those almost unattainable watches to add to their collection.

Brief History of the Tourbillon Watch

Invented at the turn of the 18th century, the tourbillon watch was the creation of French watchmaker, Abraham-Louis Breguet. Due to gravitational forces, the escapement acts slightly differently depending on its positioning. If a watch is stuck in the same position for an extended period of time – say, held vertically in a pocket – the cumulative effect of gravity will alter its motion. For this reason, watches needed to be regulated regularly.
Frustrated by this effect that gravity had on his watches, Breguet conjured a clever solution: place the escapement and balance wheel in a constantly rotating enclosure so that the natural wear of gravitational pull would be spread evenly. It wasn’t a perfect solution (some now argue it wasn’t a solution at all) but at the time, it was a unique, and lucrative, fix.
For a visual of how a tourbillon works see this short video:

Since Breguet’s time, other horologists have augmented his original design. There are double- and triple-axis tourbillons, double and quadruple tourbillons, flying tourbillons, and more. These variations on the basic tourbillon are intended to better counteract gravity and, supposedly, make watches more accurate.
For modern watches, tourbillons are mostly superfluous. Breguet didn’t have the benefit of the technology, science, and materials that modern horologists have access to today. Plenty of watchmakers still use tourbillon, especially in the Swiss industry. These modern watches often have a window in the face to show off the tourbillon. But that is all tourbillons are useful for now: showing off.

Why Do Tourbillon Watches Cost So Much?

If tourbillons don’t serve any actual function in modern watches, why do companies charge so much for them? Short answer: because they can.
Like much in the luxury goods industry, the value of a modern tourbillon watch isn’t in its functionality, but in its style and complexity. A tourbillon is an incredibly intricate contraption, often made up of 40 separate pieces, and requires an impressive amount of craftsmanship and skill. There is a reason most tourbillon watches are Swiss Made.
For many years, the cheapest tourbillon watches on the market were in the range of $40-50K, an example would be the “Extreme Tourbillon Regulator” by Alpina retails for $52,500 while many tourbillons still cost north of $100,000.
That’s a lot of money for what is essentially the most complex thingamabob you will ever wear.
In the past decade, though, changes have been coming to the industry, and as has so often been the case in the watch industry, the revolution is occurring in Asia.

Can You Get an Affordable Tourbillon Watch?


Before diving in too deep, it needs to be stressed that “affordable” is a relative term.
Now then, well-known Swiss watchmakers, TAG Heuer, produced their first affordable tourbillon watch in 2016, releasing the $15,000 Heuer-02T (like we said, relative). For a watchmaker of TAG Heuer’s stature to produce the Heuer-02T was a definitive signal of an industry shift. If you search on respected online watch dealers such as Chrono 24 for tourbillon watches– you’re unlikely to find one for less than tens of thousands of dollars.
To be clear, though, TAG Heuer was not the first company to release an affordable tourbillon watch.
Chinese companies had beat them to the punch by almost a decade.
The first Chinese tourbillon watches were mostly knockoffs of Swiss design and still came with a four-digit price tag, not exactly the ideal choice for your average watch shopper.
In the more than ten years since those first cheaper tourbillon watches started entering the market, the technology has gotten more refined and more affordable.
Nowadays, it is possible to find a tourbillon watch starting in the $500 to $700 range (if you’re seeing a $50 tourbillon watch online, buyer beware). There is a lot of debate in the watch community if these affordable watches should be considered tourbillon. The counter-argument is that while these may not be the wonders of mechanical engineering we associate with the intricate movements of a luxury timepiece, these do qualify since the entire escapement is housed in a rotating cage, and the whole assembly is in constant motion.
If you are searching for a tourbillon watch without a huge budget and want one in your collection –  you can find affordable options like the  Akribos XXIV Tourbillon Moonphase Watch would be a starting point if you are shopping for your first one.

Are Cheap Tourbillon Watches Any Good?

Whether or not you’re going to like your cheaper tourbillon watch is essentially dependent on why you’re buying one.
If you are under the misconception that tourbillon watches are the most accurate on the market, you are buying a tourbillon for all the wrong reasons.
Most non-mechanical watches will be more accurate. Go with an atomic watch if you’re wanting accuracy.
If your main interest in a tourbillon watch is because they’re cool – which they are – then an affordable watch may satisfy your itch.
Should you only buy a Swiss Made tourbillon watch – well the same logic as you could use to buy any Swiss watch: the Swiss make some of the most precisely crafted and impeccably stylish watches on the market. If the price is no concern for you and you have your eyes set on a tourbillon, go with the Swiss.
For everyone else, rest assured, a tourbillon watch doesn’t have to cost more than your apartment.
See some of the coolest architecture-inspired watches here.
Speaking of astronomical prices, check out these watches that have been worn in space!