For most people, when thinking of a quality timepiece, the first thing that comes to mind is a “Swiss Watch”.

Swiss watches have a reputation for being of the highest quality, both in terms of how they operate and in relation to their individual components.

Watches made in Switzerland haven’t always been the best on the market, and even today, there is some contention over how lax the laws are that define exactly which manufacturers can advertise their products as “Swiss Made”. Yet, there is no question that a true Swiss watch is going to be of high quality while also setting you back a hefty amount.

So, how exactly did Swiss watches gain this reputation, and why are they so expensive?

What Exactly is a Swiss Watch? 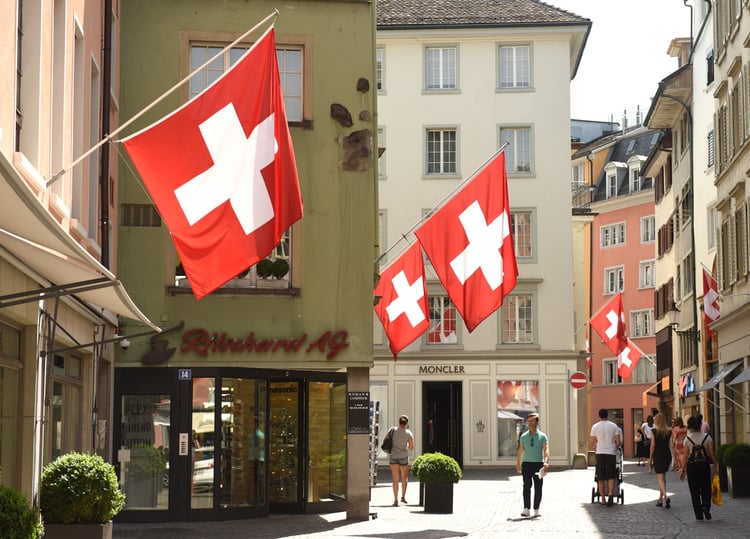 Watches made in Switzerland have been the standard for excellence in the industry for so long that it can sometimes seem like “Swiss” is merely a generic synonym for quality rather than a geographical definition. In fact, to be labeled Swiss, a watch must meet very specific guidelines.

The current laws that define whether or not a watch can be labeled “Swiss Made” were codified in 1971, and though there have been addendums in the years since, they essentially have remained unchanged for nearly five decades.

Though many definitions of a Swiss watch will focus on three main factors, it’s most accurate to think of the definition as having five main prongs:

These are the essential guidelines that all Swiss watch manufacturers have been using since the 70s. They ensure that all Swiss watches operate with exacting precision so that they are both accurate and long-lasting. It’s for this reason that Swiss watches, especially those of the highest quality, can be expected to hold onto their value.

What Does “Cased Up” mean?

Reading through those guidelines, you probably paused at the phrase “cased up.” When a watch is put into its casing or the outer shell, it must be done in such a way that it maintains the integrity of the movement. Various techniques are used to test a watch during the casing up the process to ensure that the watch’s operations will not be hampered by changes in humidity, air pressure, or other external forces.

A watch could be assembled in Switzerland but cased up elsewhere, and that would mean it did not qualify as Swiss Made, even if it met all the other requirements. 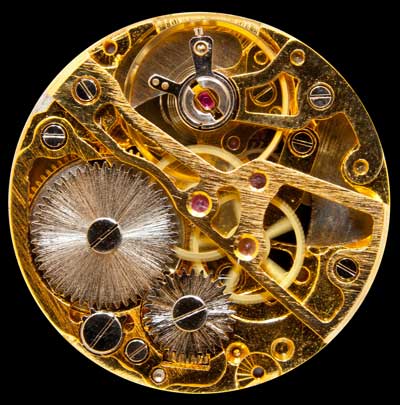 The other part of the definition of a Swiss watch that might have struck you as odd is the 60 percent figure for manufacturing costs. For a product that has such a strict definition, only requiring that 3/5ths of its components are made in Switzerland probably seems a bit lax. You wouldn’t be alone in thinking that.

For some time, there has been a push to tighten up the regulations to make the requirements more exclusive, particularly as they pertain to manufacturing costs. Some manufacturers are concerned that the loopholes in the existing rules allow cheaper watches to use the Swiss Made label, thus diluting the reputation of Swiss watches.

Of course, manufacturers who produce less expensive watches but still benefit from the Swiss Made label have resisted the changes. New legislation has been introduced and loopholes have been tightened, but it remains to be seen how much of an effect those will have.

Brief History of the Swiss Watch

Knowing what technically defines a Swiss watch, the question remains, why are they so much better than watches made in other countries?

Portable clocks have been around since at least the 16th century when a German clockmaker made the first watch. For centuries after that, the dominant watchmakers in Europe were found in Germany, France, and England. Switzerland didn’t challenge the watchmaking status quo until the 19th century.

Initially, what set Switzerland apart from their European competitors was not the quality of their watches, but the quantity of production. Mostly, the Swiss watchmakers were making cheap knockoffs of the timepieces from other countries. Eventually, though, with the surge in the number of watchmakers, a select few begin to stand out for their quality.

In the 1980s, a Swiss watchmaker named Nicholas G. Hayek created Swatch, a watch with the classic Swiss sophistication and style, but with quartz timekeeping. It helped once again cement Swiss watches as a product of the highest quality.

For several decades, in part due to their push into the American market, and because of World War II depleted the other nations’ watchmaking capabilities, Switzerland came to dominate the industry. By the 1970s, though, they had slipped from the top of the heap, largely because of the cheaper quartz (battery-powered) watches manufactured in Japan.

Here is a closer look at just how much work goes into making a luxury watch with this short interview with Swiss watch brand Arnold & Son.

Are Swiss Watches Worth the Price?

Swiss watches are made under exacting requirements and have been dominant in the industry for decades, but does that really mean they are worth the high prices?

The short answer is, yes it does. Obviously, no one can tell anyone else what something is worth to them. If you don’t want to pay top dollar for a wristwatch, there is no reason to. There are plenty of high-quality watches for even the most meager budget. So why would anyone pay upwards of four or even five figures for a Swiss watch?   Many of our readers have also asked if Swiss watches are really cheaper in Switzerland? – See our analysis, there’s no simple answer but we look at several factors to consider.

We’ve already discussed the quality that defines a Swiss Made watch.

Watches by Swiss manufacturers like Rolex and IWC Schaffhausen are also consistently at the cutting edge of innovation when it comes to movement, components, and style.

Additionally, because Swiss watches are so precisely and uniquely crafted, the production time is much longer than it is for mass-produced watches. If you buy a Swiss watch, you are paying for that time as much as you are for the components and style.

We should point out though, that not all Swiss watches are overly expensive, for example, see this list of Swiss Watches Under $500, as you can see there are plenty of Affordable Swiss Brands that make watches that are reasonably priced.

For all of these reasons, after decades of refinement and technological advancements in the industry, the Swiss Made label remains one of the surest signs of quality. A Swiss watch s as much an investment as it is an accessory.

If you’re in the market for a high-end timepiece, you can be confident that a Swiss watch is still the standard to beat.