What Are Watch Subdials? A Quick Guide 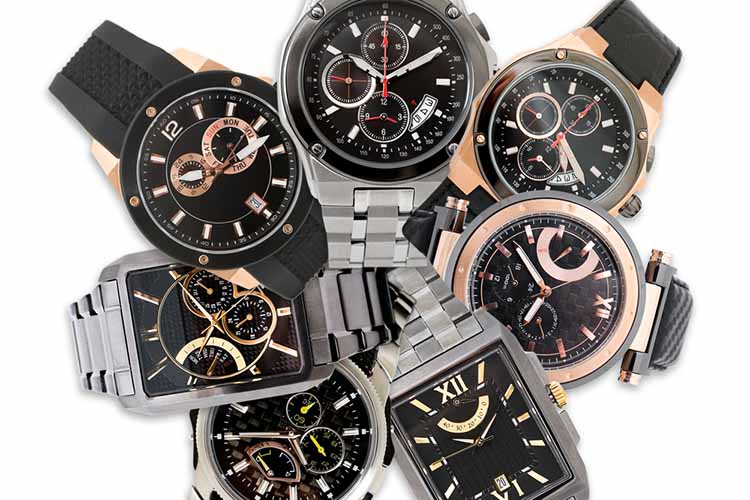 If you are not well versed in watch culture you may not know about the nuances between the different types of watch subdials, or even what they do.
In this quick guide, we are going to look at watch subdials, their differences, and a little background on them.
By the end of this blog, you should be able to have a better grasp of watch subdials and be able to impress your friends and family with your newfound knowledge.

What is a Subdial? 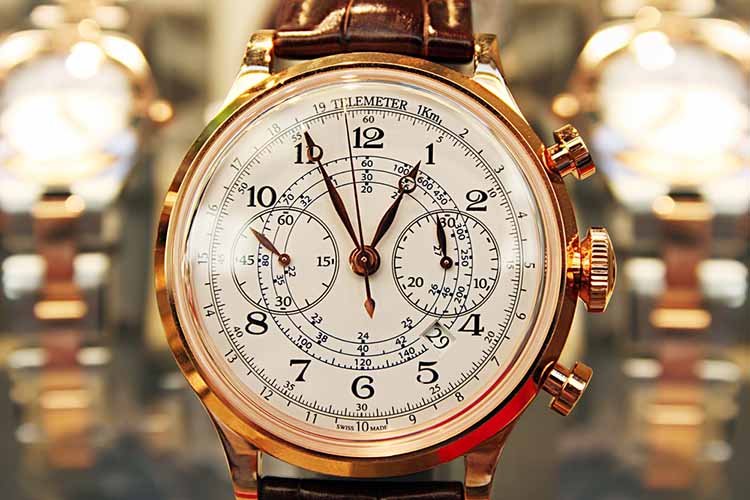 As the name suggests, the subdial on a watch is an additional dial on your watch face. Although some watches only have one, you can often see as many as four on a watch.
Although a lot of people think these are for show or as a form of tradition, the use of subdial on a watch has been very useful since their inception.
Subdials can also be referred to as an “Auxiliary Dial” or “Subsidiary Dial” and by definition present different information than the primary dial on the watch face. This can be anything from a second hand to an alarm, second time zone, calendar, or chronograph. 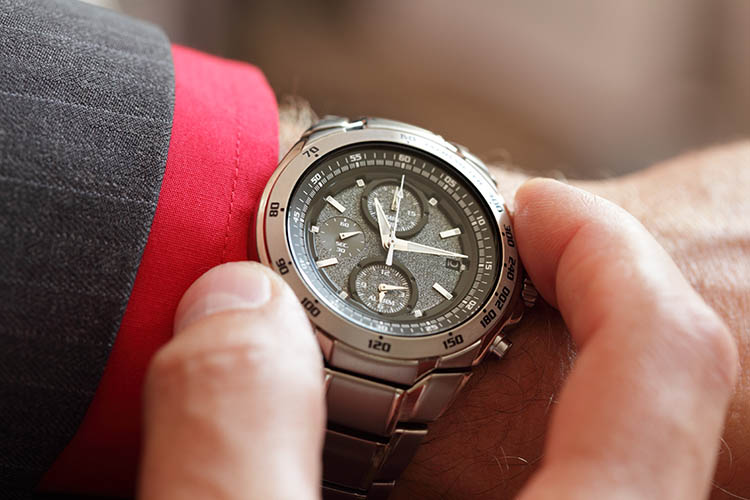 Contrary to what people think, watch subdials have been around since the 17th century, and in the earlier usages, they were typically used for displaying the day or date.
What they were used for evolved over time, and when watches became more reliable they were used for keeping track of seconds. The earliest watches struggled to even track hours accurately, so this was not popularized until a lot later.
Nowadays, it is very common to see subdials used on popular watches and by most manufacturers. Some certain models have become synonymous with a certain look, even if the users have steered away from the original reasons for adding the dials.
In the modern watch industry, we have a lot of different subdials which can be used for various things. Strangely, some subdials have become as much about the look as the actual functionality.

What is a Watch Complication? 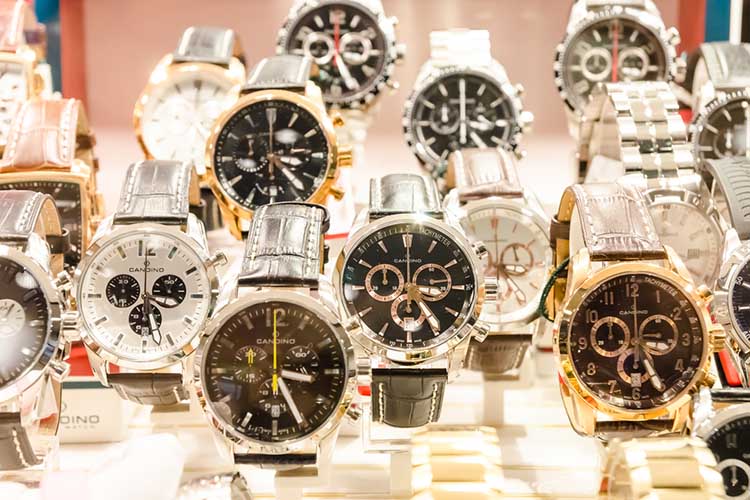 You may have heard the term ‘Watch Complication’, this does not mean there is anything wrong with the watch, it is anything that the watch does that isn’t telling time (i.e. tracking seconds, minutes, and hours.)
Therefore a lot of the subdials come under this umbrella term Complication. These features can provide additional value to the watch’s owner, or can just improve the aesthetics of the timepiece.
With the rise of smartphones, a lot of the complications on watches have become defunct as we can get a lot more information from our devices and the internet.
This evolution has moved us past the need for these complications and now they serve more of a nod to tradition or just make the watch look better, as opposed to being practical.

In this section, we are going to briefly look at some of the most popular types of watch subdials that can be seen across the industry. This is not a full list and some more obscure ones do exist, but these are often the most common ones. 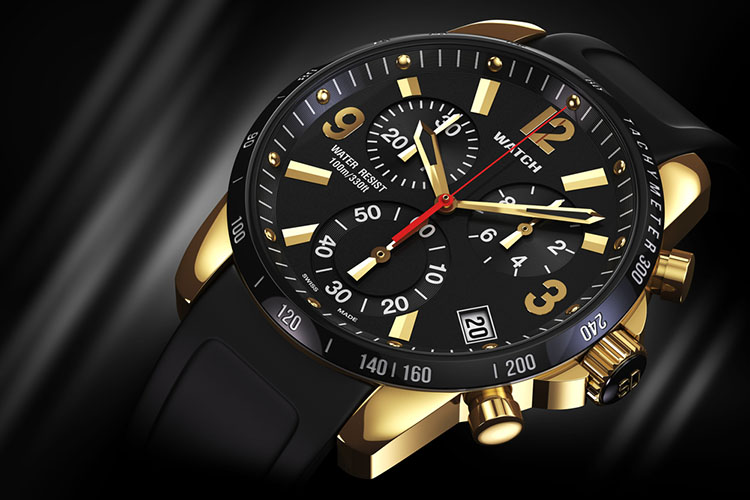 Although this sounds a little complex, this is basically a stopwatch. A chronograph watch has become a staple of some of the top luxury brands and you will find it on a lot of the most popular high-end models, from Rolex to Omega or Breitling.
Chronographs have been around since the 19th Century, with the boom of the automotive and aviation industries they became much more popular. Pilots still like to use chronographs to this day, and some racing drivers even still time laps with them.
With their applications in the military too, chronographs became a staple in the watch industry and their popularity stretched past its core markets, and to the general public. 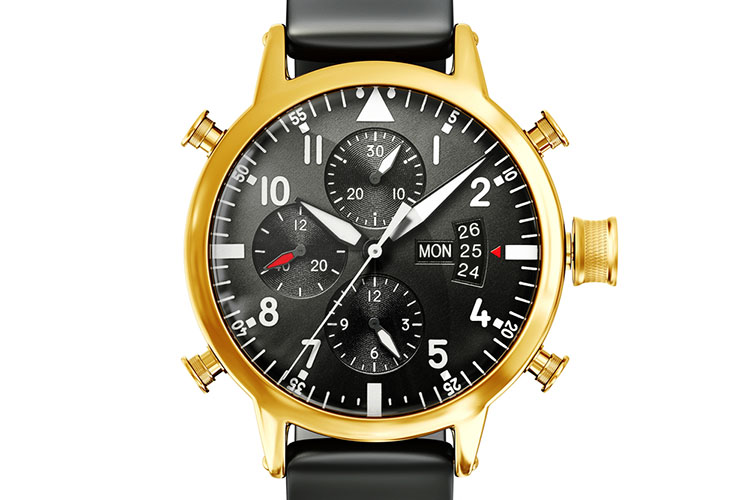 A very recognizable subdial is the date complication, which pretty much explains itself. The numbers 1 to 31 are on a dial often behind the watch face and will rotate around every 24 hours.
In shorter months, you will need to manually reset your date subdial, so this can be seen as a minor flaw, but with mechanical watches, it is not something that can be set.
If we are talking about digital watches, such as the timeless Casio, the digital dates include months so they will automatically switch to the right day, month, and date.
Date subdials can also have days of the week as part of the subdial or as an additional subdial often at the top of the watch.


The GMT Subdial revolution came a lot later than some of the other counterparts, it was around the 50s when air travel was becoming more common. This created the need for knowing what the hour was in two separate time zones.
Most GMT watches will have 24-hour bezels which makes it easy to see what the time is in your second time zone, and also creates the iconic look of these fashionable and practical timepieces.
Often confused with Dual Time watches, GMT is the more popular style of dual time zone watch, despite the name it is much more commonly used for international travel.
Moon Phase Subdial
You can probably guess what this tracks, this is quite a unique subdial because, unlike its fellow subdials, it does not use numbers. A Moon Phase subdial tracks the moon’s lunar cycle and shows the watch wearer the current moon phase within the dial.
There are two types within this complication, a graphical subdial called a ‘bosom’ which shows a small image of the phase the moon is in, and a ‘radial’ subdial which has a hand that indicates which phase it is in. 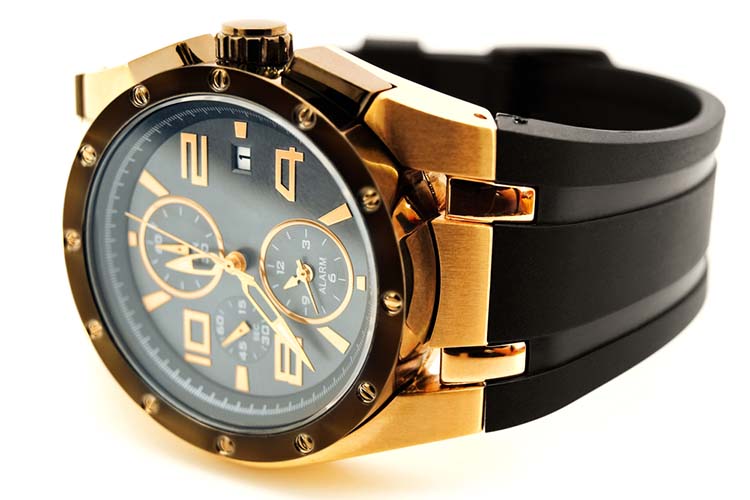 This feature is seen much more commonly on a digital or smartwatch, but some of the more traditional-looking watches do have an alarm subdial.
The alarm subdial allows the owner to set an alarm at a specified time using a separate dial. The look of the actual dial changes from watch to watch but the base function remains the same.
As we alluded to above, the rise of digital technology meant that this feature is not very prevalent in the mechanical watch industry.

Nautical and exploration watches, most often, come with a moon phase on the dial of the watch. Representing the different phases of the moon, the moon phase originally helped sailors read the tidal waves when on seafaring explorations.
While it may not help your day-to-day life in an urban city, the moon phase is a beautiful feature to have on your watch. Typically, the moon phase subdial shows whether it is a full moon, half-moon, or new moon on any given day. Long before the invention of the clock and watches, people relied on the placement of celestial bodies to read the time. This moon phase stems from that context.
However, brands now modernize the way watches utilize the moon phases to adapt to contemporary style. Patek Phillip was the first luxury watch brand to introduce the moon phase in 1925, followed by Rolex in 1949. Now, the moon phase complication is available across many watches.
See our list of the best moon phases watches here.

Day of the Week Subdial

The most common subdial featured on the face of the dial – day and date. As we noted in this article, watches with the date subdial hosts 1 to 31 numbers and move every 24 hours. Similarly, watches with the day subdial hosts Sunday to Saturday written on the subdial and switch to the respective day based on the 24-hour movement of the watch.
Some brands spell out the full name in the subdial, i.e., Saturday. You can find this with the Rolex Day-Date watches. While some brands use an abbreviation such as ‘Sun’, ‘Mon’, ‘Tue’, and so on. This is present on the Oris Big Crown ProPilot Day-Date. Alternatively, some brands also use a pointer to mark the day as displaced in the IWC Portofino Hand-Wound Day-Date. There are also plenty of affordable day-date watches on the market.

In addition to the date and day displayed on the subdial, some watches also feature the months. In horological language, the month subdial indicates the calendar complication. Watches equipped with the month subdial require extra attention to detail and superior expertise in watchmaking.
There are two types of calendar complications, and this determines the design and placement of the month subdial. One is the perpetual calendar, taking into account leap years and displays accurately months based on the movement of the watch. The annual calendar, on the other hand, does not consider a leap year and indicates February with 31 days.
If you own a watch with just the annual calendar complication, be sure to turn the crown every leap year to ensure it displays the right month. IWC Portugieser Annual Calendar is an example of an annual calendar where the month, date, and date sub-dials sit next to each other on the face of the dial.


Hopefully, by now you have a greater understanding of the usage and importance of subdials on watches. They often provide a helpful way to get additional information that can be used by the wearer.
The addition of subdials can make a watch look more luxurious or more cluttered, depending on how they are laid out and the watch’s manufacturer.
Certain watches have become synonymous with a certain look, such as the Omega Seamaster which is known for its diving watch capabilities.
Despite this, however, it is worn for fashion more than its original intended use.
Subdials have become a popular feature in the watch industry and are not going away anytime soon, understanding what your subdial does will help you make better purchases moving forward and help you become a savvier watch expert.