Why Do People Wear Watches Upside Down or “Backward”? 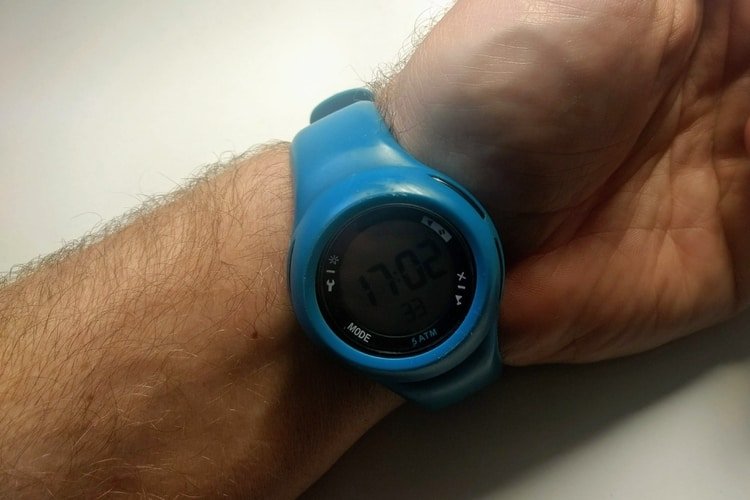 The simple wristwatch is an accessory that elicits a lot of opinions, often heated ones. Whether it’s the style or the features, watch aficionados are never shy about expressing their preferences. Perhaps surprisingly, one of the issues that get watch wearers most heated is how a watch is worn, specifically why some people prefer to wear it “backward” with the watch face on the bottom of their wrist?
There are a few reasons why some people wear a watch upside down. Some wearers find a watch easier to read by simply turning their wrist up. Military personnel often wear watches upside down to protect the watch glass, reduce glare and it’s also easier to read this way when holding a gun.
Wearing a wristwatch with the face on the top of one’s wrist hasn’t always been the norm. Across various professions, especially law enforcement and the armed forces, it has been common to wear the watch with the face turned down on the inside of the wearer’s wrist. Wearing a watch on the inside of one’s wrist could be convenient and practical.
This practice has largely fallen out of style, but some people still prefer it. In this article, we’ll explore the reasons for wearing a watch on your inner wrist and why some people still do it.

Reasons to Wear a Watch Upside Down?

Einstein taught us that everything is relative, and so what some people might say is upside-down watch is right side up for others. Be that as it may, it’s true that most people these days wear their watches with the case planted on top of their wrist. This has been the norm for decades and isn’t likely to change.
Yet, there actually are good reasons to buck tradition and flip your watch around (even if some people dislike it). So, what are the reasons for wearing your watch backward?


The history of the wristwatch is filled with inventors finding ways to make watches ever more durable. The wristwatch, after all, rests rather precariously on the part of the body most likely to sustain an impact and be damaged. The 20th and 21st centuries have seen great strides in making watches stronger.
This includes the creation of the G-Shock line of watches by Casio and the use of titanium to make watches practically indestructible.
Before those innovations, though, even the strongest watches were susceptible to scratches, blunt force trauma, or being crushed, to name a few problems. While these concerns were what led so many inventors to create stronger watches, in the meantime, watch wearers had to figure out their own solutions.
Wearing a watch on the inside of the wrist might not protect it in a devastating car crash, but it could prevent the face from being scratched by incidental contact. It would also help in the case of minor impacts and collisions. Life is full of accidents, and nothing is more annoying than looking down and realizing you’ve damaged your watch. Wearing it backward offers some relief from this annoyance.

Makes the Watch Easier to Read

This reason might sound strange since, obviously, the easiest way to read a watch is to have it on top of your wrist. Why else would basically everyone in the world wear their watch that way? Well, true, for most people, in most situations, wearing a watch the “right way” offers easy views of the face. That isn’t always the case, though.
If you’re someone who regularly works with tools or weapons, or if your job requires you to hold your arms in a fixed position for a long time, flipping your watch around might be necessary. Picture someone holding a wrench while reaching up to fix a pipe. If that person wants to see if it’s time for the next job, they don’t need to stop working. Their watch is facing them.
Similarly, when you’re holding a gun, particularly one with a long barrel, the natural position for your non-trigger hand has your wrist facing away from you. Stopping to turn your wrist around could literally be life or death.
Those same stakes exist in the medical profession where a nurse might flip his or her watch around to make taking vitals easier.

To Avoid Glare and Reflection


This issue probably isn’t a big one for most civilian watch owners. On the battlefield, though, it could be the biggest concern there is. In situations where stealth and secrecy are paramount, giving away one’s position with an accidental light show is a no-go. Wearing a watch on the inside of the wrist means that when the sun is up above, it won’t reflect off of the face.
Even in civilian life, there might be times when avoiding glare is important, or at least preferred. We’ve probably all been in a situation where we were driving or working outside and a stray beam of light nearly blinded us.
It’s not likely to be a big problem, but it’s not inconceivable that it could be an issue. And flipping your watch around is certainly an easier solution than some of the other options.

Who Wears Their Watch Upside Down?


If you’ve read this far, then you can probably guess who would be an obvious candidate for wearing a watch upside down: military personnel and police officers. People in war zones or who regularly have to use a gun know that any advantage matters when life (theirs or someone else’s) is on the line.
Even fictional characters with a military background, such as John Wick, wear their watches this way.
Members of the military, in particular, are known for their love of strong, reliable watches. That’s why some companies build watches just for them. If you’ve invested in a top-of-the-line watch, you want it to be useful in the field. These days, such watches aren’t really at risk of being easily damaged. The other two reasons – ease of use and lack of glare – are still very relevant to modern military members.
Click here to read about the watches that special forces wear or here for info on Navy SEAL watches.
Likewise, other professionals still often wear their watches face down, both for ease of use and to avoid damage. We’re talking medical professionals, paramedics or EMTs mechanics, plumbers, or anyone else who works with their hands.
Usually, such people don’t wear their best timepieces on the job (no one wants patient vomit or car oil on their Rolex), so the risk of damage is a legitimate concern. And, again, when working with one’s hands, not needing to stop what you’re doing to check the time can be a real bonus.
Not everyone who wears their watch inside out is military or works with their hands. Some people just prefer it that way. If you do see someone with their watch turned around backward on their wrist, there is a good chance they either work with their hands, are in the military – or they once were.