The rate of technological advancement is staggering. Even within the last decade alone, we’ve seen technology change at a mind-boggling rate, and with it, society at large. Can you believe that no one had ever even heard of an Instagram model ten years ago? The speed of change can be dizzying, yet some technologies remain constant even while evolving.

One such piece of technology is the wristwatch. It can seem quaint now, but the wristwatch was one of the most important gadgets of the 20th century. In its lofty career, it has plunged to the depths of the seas, climbed the highest mountains, and even landed on the moon. Yet, as the smartphone becomes ubiquitous, the actual necessity for a watch would appear to have disappeared.

So why are wristwatches as popular – if not more so – than ever? Let’s explore what makes this obsolete gadget a relevant piece of technology for the 21st century and what the future holds.

The Changing World of the Wristwatch

The wristwatch was a woman’s accessory a century ago, popular but hardly necessary. The First World War changed that.

The ease of access on the battlefield made the field wristwatch far more practical than the pocket watch. When the boys returned home from war, the wristwatch had been transformed into a unisex item and, as a result, gained massive popularity.

By World War II, wristwatches were a standard issue in militaries. Watchmakers, like acclaimed Swiss companies, Rolex and Omega, were building timepieces designed to keep on ticking in the most extreme conditions.

In the 1960s, wristwatches traveled down to the Mariana Trench and traversed the moon’s surface.

Over the 20th century, the wristwatch became not just a must-have fashion piece but a vital tool.

Tool watches were created for divers, pilots, soldiers, mountain climbers, and many more professions and hobbies. Wristwatches gained dozens of new functions and features with each new advancement, ensuring that the watch remained current, even as the underlying technology was centuries old. tool

The 1970s saw one of the most significant changes to the wristwatch with the Quartz Revolution (or the Quartz Crisis as it’s known in Switzerland). Battery-powered watches that relied on quartz crystals to keep time were far more accurate than traditional mechanical watches.

As a result of the Quartz Revolution, the digital watch became a phenomenon in the 1980s watches were so cheap you could buy them for a few dollars. This represented a major disruption to the watchmaking industry, but by the end of the 80s, equilibrium had more or less been reestablished and Swiss-made mechanical watches were hot again.

Digital watches were often boxy and, at times, ugly. Mechanical watches came out the other side of the Quartz Revolution more sophisticated and, comparatively, more fashionable than ever. Most of the 20th century had been about increasing functionality, but by the end of the 1990s, fashion had become the wristwatch’s main purpose. This was in no small part due to the rise of the cellular phone.

Wristwatches in the 21st century 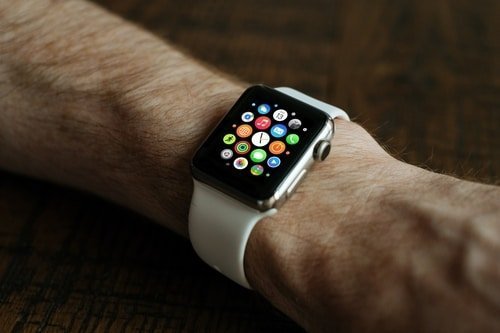 The technological history of the first two decades of the 21st century is centered around the mobile phone. By 2000, cellphones were already widely popular, and part of daily life, but the technology didn’t truly become essential until 2007 and the release of the iPhone. Apple understood that to make its products vital, the design and technology required equal consideration.

With mobile phones becoming not just widely popular but essential to daily life, everyone had a clock in their pockets at all times. It was a minor function of a technology that could play music, videos, and video games, but it undermined the watch’s main function. The mobile phone had seemingly made the wristwatch obsolete. As a result, every few years, a slew of articles appears proclaiming the end of watches (among other technologies).

And yet, the wristwatch is still here, and by some metrics, the industry is as healthy as ever. For every article about the death of the watch, like clockwork, another article appears announcing that wristwatches are making a comeback. It can be hard to keep up with the prognostications. From week to week, wristwatches are either dying or living their best life.

By all accounts, wristwatches absolutely should be dying out. Their core function is timekeeping, and that’s hardly a necessity these days. Even the extra features that watches gained in the 20th century (like altimeters, tachymeters, compasses, calculators, and thermometers, to name a few) have been replicated on mobile phones, often with greater accuracy.

So why won’t the wristwatch die?

The Rise of the Smartwatch 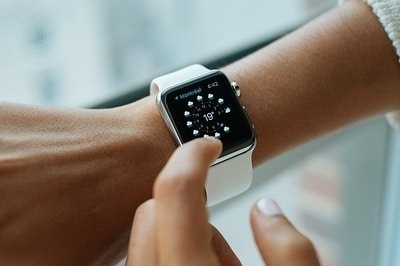 The wristwatch has managed to remain relevant in our modern times by embracing the future. It would appear the motto of the wristwatch is, “If you can’t beat ’em, join ’em.” Just as the cellphone overtook the functionality of the basic wristwatch, the watch decided to get smart. Thus arrived the smartwatch.

Smartwatches come in many different forms and styles, but the basic definition is a touchscreen-activated wearable timepiece. Smartwatches, as they’re now defined, appeared at the beginning of the 2010s, but inventors have been trying to merge wristwatches and computer tech for generations. There have been watches with sound recorders, video displays, phone calling capabilities, and other attributes common in smartphones.

Arguably, though, the first true smartwatch was the appropriately named Sony SmartWatch. It was designed to link to the Xperia smartphone and ran a type of Android operating system.

Alas, being first rarely means being best, especially in the tech world. There were a host of issues with the original SmartWatch, and while subsequent versions made improvements, Sony’s foray into wearable tech was met largely by indifference. Instead, the biggest step forward for the smartwatch came from one of the usual suspects: Apple.

We’ve covered everything from cheap smartwatches to the most expensive smartwatches you can buy -the prices are shocking!

The Apple Watch and the Future of Wearable Tech 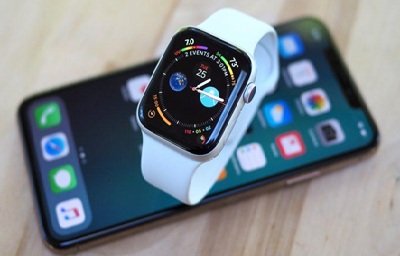 The Apple Watch, released in 2015, was the first Apple innovation to be released after the death of Steve Jobs. It was designed to augment the iPhone, not to replace smartphones, which, it should be noted, Apple is still very much in the business of selling. Apple’s modus operandi has always been to make products that sync seamlessly with its other products.

Perhaps because previous generations had been conditioned to wear a piece of technology around their wrist, the smartwatch has gained a following easier than other wearable tech and their popularity is growing. It helps that an increasingly health-conscious populace has embraced the health tracking features that many watches include.

Wearable tech is almost certainly the future of technology, which would make the original wristwatch a kind of evolutionary precursor for the coming revolution. On the other hand, the culture at large has been slow to embrace wearable tech, and sometimes flat out hostile toward it (we’re looking at you Google Glass). The future may still be many years off.

The next stage for smartwatches is most certainly tied up in the development of increasingly sophisticated health trackers. There are already smartwatches that can offer heart readings as accurate as you get from a traditional wrist cuff monitor. From there, it doesn’t seem like too much of a stretch to imagine health trackers that can accurately measure all bodily activities and even detect diseases. (Can the Star Trek tricorder be that far off?)

This raises the question, if our wearable tech is that advanced, will anyone even care if it tells time. When does a watch become so sophisticated that it stops being a watch? And in a world where such technological advances are inevitable, will the simple un-smart watch still have a place?

The Future of Mechanical Watches

The explanation for the mechanical watch’s longevity in the face of apparent obsolescence is the same reason that helped it survive the Quartz Revolution and the rise of mobile phones: People like the way they look. While smartwatches lean into the slick aesthetics of iPhones and another such tech, many watchmakers have embraced the past.

Legacy watch brands such as Rolex, Breitling, and IWC Schaffhausen (all Swiss), as well as modern upstarts like Weiss (American) and Daniel Wellington (Swedish), have turned back the clock with their designs. Either they are replicating styles from decades (or even centuries) past or infusing their modern styles with classic touches.

Daniel Wellington only formed in 2011, but by 2017 it was rated the fastest-growing company in Europe. The company doesn’t make smartwatches or highly accurate atomic watches. They don’t even build watches using nearly indestructible titanium. Nothing about their watches screams “Latest,” “Greatest,” or “Most advanced.” That, it would seem, is the selling point.

Watches like their Classic Petite Melrose are as simple as they come. This analog watch is Japanese quartz and water-resistant up to 100 feet. Unless you count “interchangeable strap” a feature, this is the ultimate no-frills wristwatch, and yet it’s a huge seller. In the age of increasingly complex and busy technology, the utter simplicity of this watch appeals to the largest generation.

And Daniel Wellington isn’t alone. New watch companies are popping up all the time, and most of them embrace the old and simple over the new and complex.

Will Wristwatches Ever Be Obsolete?

Wristwatches have been remarkably persistent because watchmakers have figured out how to ride fashion waves. In the New Wave 80s, digital watches went robotic. At the turn of the century, watches got fancy. Now, the wristwatch market is branching in two different directions, getting hi-tech at the same time as it’s going lo-fi. Of course, what’s popular now is no indication of what will come next.

Hybrid smartwatches are already making headway in the market as a welcomed compromise between the convenience of being connected and the look and style of a traditional analog watch.

Generation Z is just as likely to reject the wristwatch as unnecessary as it is to embrace it as an appealing throwback. Some claim that watches are outdated or even useless compared to the accuracy of a digital device like a smartphone.

Or maybe the next stage in the evolution of the wristwatch will produce something wholly unexpected. Predicting the future of the wristwatch is difficult precisely because it’s an accessory capable of nearly endless reinvention. Like a t-shirt or a pair of shoes, the wristwatch adheres to a form, but everything else about it can change, both inside and out.

If the wristwatch will ever completely fall out of favor, it will probably result from a zeitgeist-changing technological advancement. If a wearable eye-tech like Google Glass ever does catch on, it would be hard to imagine anyone wearing a watch on their wrist. The wearer will know the time with a flutter of their eye. By contrast, turning one’s arm to see the time will seem downright arduous.

That future, I suspect, is a long time off, if it’s ever to be. In the meantime, wristwatches will find a way to matter and find new consumers. They’re fashionable, elegant, and uniquely adaptable, and they appeal to both our intrinsic fascination with technology and our nostalgic love for bygone eras.

So, is the wristwatch obsolete? If we reduce it to its most utilitarian function – telling time – then perhaps wristwatches are no longer technically necessary. But wristwatches are so much more than timepieces, and they have been ever since their creation. If the question is, have wristwatches lost their usefulness, I would argue not. Not now, and maybe not ever.

If you’re still not convinced, check out these 12 Reasons To Wear a Watch.