MVMT Watches Review – Read This Before You Buy!

Pronounced as Movement, MVMT stirred the watch industry when Forbes hailed it as “the fastest-growing watch brand.”
Relying heavily on social media and digital advertising, MVMT watches are now available and sold in over 160 countries worldwide. With more than 3.6 million likes on Facebook and around a million followers on Instagram, it sure has surpassed account followings of other more established watch brands. MVMT built its name on social media with the hashtag #jointhemvmt.
Now, let’s know more about this young yet quickly growing watch company. 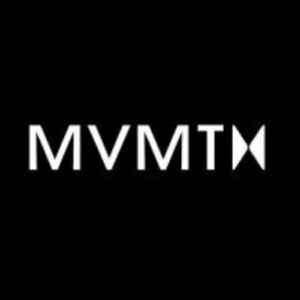 MVMT’s history is particularly interesting because its founders are two millennial college dropouts – Jake Kassan and Kramer LaPlante. Yes, you read that right. They were not able to finish college but they were also still in their teens when they conceptualized and launched the watch brand.
For Jake Kassan, his father was the primary influence that taught him to make money even at a young age.   By the age of 12, Jake was already earning his own money by selling the promotional lollipops that his father brought home. When he reached 17, he established his first business by selling novelty t-shirts and began selling online and through his youtube channel. LaPlante, was also a young entrepreneur, launching his own wallet brand on Kickstarter. Kassan’s background in e-commerce and LaPlante’s crowdfunding experience became the foundation of the MVMT.
How Did They Do It?

From their shared apartment in Santa Barbara, California, LaPlante, and Kassan researched watch suppliers in China using Alibaba. They talked to dozens of potential vendors, researching the quality and pricing of the watches they could each supply.
Realizing that the markup of most watch brands was huge, they made the decision to cut out the middlemen and sell their products directly online.  Doing this, they were able to price watches at less than half what other brands were charging for fashion watches.  They began selling their watches in the $95-$160 range, while other brands were charging around $300 for similar fashion watches.
Three months later, in June 2013, with just an inexpensive camera and half a dozen sample watches (that they designed themselves), the two launched MVMT’s first Indiegogo campaign with an initial investment of less than $5K.
Through their successful social media strategy and millennial fan base, MVMT became the second most-funded campaign for a fashion brand in Indiegogo’s history at that time.
Their initial fundraising goal was just $15,000 but they exceeded that by more than ten-fold, reaching a total of $219,898. The overwhelming response that they got made that two realized that they “were on to something”.
Through the years, they found that their digital strategy is working. In just around three years, their team of 25 has sold more than 600,000 watches.
Their offerings, which now include watches and sunglasses for both men and women, all retail for around $150 or less and boast a sleek, modern aesthetic that rivals many high-end competitors. As Kassan and LaPlante say, their designs are “high-quality, minimalist products at revolutionary prices.”
In 2018,  MVMT was purchased by the Movado Watch Group for $100 million, adding to Movado watch brands that include Lacoste, Tommy Hilfiger, and Hugo Boss.
To understand Movado watches and the brand’s reputation and style. You can also check out our list of best Movado watches here.

Where Are MVMT Watches Made? 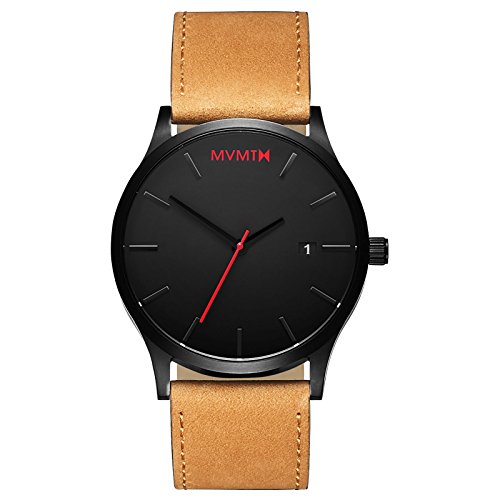 Although the brand is read as “movement“, the website doesn’t boast about the movement of their watches. That’s quite ironic in a sense. MVMT uses a Miyota precision quartz movement.
MVMT watches are made in China and Hong Kong.
Although you’ll see some criticism in watch reviews about their movements – there’s nothing wrong with Miyota. They are accurate and affordable movements that allow watch brands like MVMT to produce relatively inexpensive quartz watches.
Many well-known brands such as Casio, Seiko, and Citizen use the same movement in some of their watches.  If you want to know more about Seiko and Citizen, and which of these brands is better than the other.

With their digital marketing strategy, MVMT has succeeded in making a name for providing luxurious minimalistic watches at an affordable price – a perfect watch for millennials.
With this type of product and target market, the usual competitors of MVMT are Daniel Wellington, Michael Kors, Guess, Diesel, and other fashion watch brands. They also compete with brands like Nixon, Fossil  that market to a similar age group and demographic.
You may also hear comparisons with Skagen, the minimalist Danish watch brand.
Regardless, MVMT stands on its reputation for the affordable price point, aesthetic and simplistic designs, diverse range of products, and free worldwide shipping.

In the past, finding stylish watches for relatively cheap has not been easy, and that is one of the main reasons why MVMT instantly became a hit. Since its inception in 2013, the company has been committed to its core principle of providing quality timepieces at revolutionary prices.
As Kassan stated, “What we have learned: If you don’t have to raise, you shouldn’t”. And that mantra helped the company maintain its low price point as much as they can.

Another key factor that LaPlante and Kassan considered for their products is the design. They wanted fashionable watches would shine on social media and appeal to millennials.
The duo foregoes watches with intimidating faces and bold numbers. Instead, they focused on producing simple, minimalist watches. 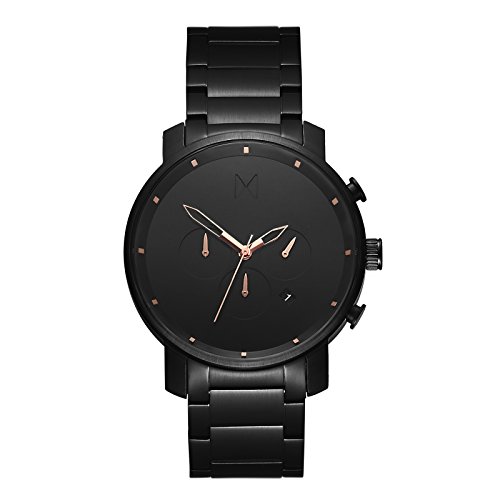 MVMT has various styles to offer for both men and women. It has over a dozen collections for men and many for women as well. Each collection represents a signature style and consists of products that are in line with the style of the collection. You have various colors and sizes to choose from.
Additionally, all MVMT watches come with interchangeable straps. With this feature, you can easily change the look of your watch within a matter of minutes.

MVMT watches is one of the few fashion watch brands that offer free worldwide shipping on orders over $50.
Once your payment is authorized and finalized, MVMT takes up to 24 hours to process, approve, and ship your order.


When referring to MVMT reviews, the brand generally gets decent marks. Keeping in mind the price point and the expectation of the intended consumer, most of the comments we see are generally positive. As we’ve discussed, the brand relies heavily on Social Media, and much of the appeal of these watches is the young and modern look rather than any complicated timekeeping functionality or watchmaking intricacies.
The types of complaints and negative reviews we tend to see with MVMT is that the watches are cheaply made, overprices for what you get and lack detailed aesthetics or high-end finishes such as sapphire glass or higher grade metal finishes. These types of comments are quite common with any comparable fashion watch. The reality is that yes you probably are paying somewhat of a premium for the brand name and the expensive marketing machine that backs a brand spawned and grown on social media.

Are MVMT Watches Worth Buying?

MVMT is said to be the watch brand for the millennials by millennials. If you care about current fashion trends hot brands and want a good-looking, stylish watch at a very affordable price, then MVMT is indeed a brand for you. It’s simple and minimalist that’s good for day-to-day use.
The interchangeable straps also appeal to fashion-minded consumers. This feature can provide the illusion of having many watches to choose from. On the other hand, MVMT could be the brand for special occasions such as graduation, birthday, and even job interview. It can somehow serve as your transition watch while still saving up for a better one that will last for years.
The previous generations, watch enthusiasts and collectors, however, are not very enthused about MVMT watches. The same goes for those who explore more about the brand and the internal workings of the watches.
Seeing that MVMT watches are sourced from China, they know that you can purchase similar watches at an extremely lower cost.
In general, the complaints from serious watch aficionados against MVMT are the same arguments you’ll hear against most fashion watch brands such as Michael Kors, Daniel Wellington, Guess, and others.
First off, these brands do not have experience in the watchmaking industry or any “horological heritage“. Essentially, most of these fashion brands buy inexpensive quartz movements, have their watches mass-produced in China, and slap their logo on the dial as branding.
Under the glass, you’ll find very little difference between these watches. You may see them advertising the watch’s features using terms such as “Japanese Miyota Precision Quartz Movement.” That sounds fancy, but it’s really just a $5 watch movement, and the watches are mass-produced in China.
Additionally, you can find reviews by MVMT watch owners reporting that they lose time or completely quit working – often after just a few months or just stopped ticking altogether.
In view of this, if you want a watch that will likely last for years, then maybe you may opt for another brand that’s already known for its long history and for watchmaking rather than a fashion brand that also markets watches.
There are plenty of reputable watch brands that would be excellent alternatives that sell in a similar price range but offer better quality and reputation.  A few that come to mind are Citizen, Seiko, or Swiss-made Tissot or Swatch.
For comparison, you can see some of our recommended Seiko Watches For Men or top Ladies Seiko Watches.
Or see our lists of Best Citizen Watches For Men | Women’s Citizen Watches.

Where To Buy MVMT Watches

If you want to #jointhemvmt, the best source, of course, is the MVMT’s Official Website.
There is also a wide variety of MVMT watches available on Amazon and eBay.

Is MVMT a Luxury Brand?

This may seem like a strange question to many watch aficionados since they would never consider MVMT a luxury brand.  However, it is a very fair question if you are new to watch shopping since the words “luxury,” “luxurious” and other synonyms are so widespread that it’s hard to know.
While the exact definition of a luxury watch is subjective, MVMT doesn’t meet any of the normal criteria that watch collectors would use to categorize luxury. To start, they have no watchmaking history as a manufacturer or brand. They use exclusively quartz movements and do not make their own mechanical movements, and materials used are nowhere near what you’d find in the luxury category. Apart from that, the retail prices are a dead giveaway since most MVMT sell in for the sub-$200 range.
If you’re looking for a category to define them, we’d call them fashion watches.

MVMT watches are covered by a two-year limited warranty that covers any manufacturer’s defects starting on the original purchase date, provided that you bought it from an authorized dealer. The company shall repair or replace the product for free, as necessary. However, the warranty does not cover water damage, normal wear and tear, batteries, accidental glass damage, scratches, strap damage, and theft.
In addition to the two-year warranty, another particularly interesting policy of MVMT is its return policy. All brand new products can be returned for a full refund or store credit within 60 days of delivery. This applies to all domestic and international orders that cost more than $50. However, for international returns under $50, the customer is responsible for return shipping.
Should you want to know more about their return policy, visit this page.


Although MVMT has already made a name, it continues its commitment to delivering premium designs for radically fair prices. Every year, it gains more supporters worldwide, and they are inviting more millennials to also #jointhemvmt.